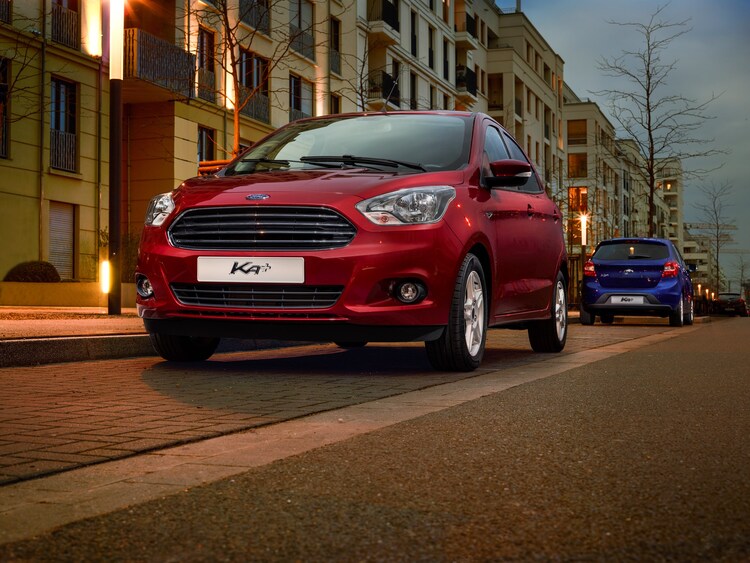 The all-new Ford Ka+ is a five-door hatchback based on Ford’s global small-car platform, and offers space for five people at an overall length of less than four metres.

The Ka+ is slightly shorter than the Fiesta, but 29 millimetres taller. The interior features, seats, door panels and roof headliner are optimised to provide class-leading front headroom of 1,002mm, rear legroom of 896mm and rear hip room of 1335mm. The interior delivers enough room for a two metre tall passenger to sit behind a two metre tall driver.

The Ka+ offers 70 litres of luggage space – enough to accommodate two large suitcases – plus 60/40 split-folding rear seats, and 21 stowage locations for small items throughout the cabin.

Stowage areas include MyFord Dock in the centre of the instrument panel that enables occupants to store, mount and charge mobile devices such as phones and navigation systems, and front door bins that can each hold a 1.0-litre bottle, a 0.6-litre bottle and a small umbrella. A hidden stowage bin within the end of the instrument panel is only accessible when the driver’s door is open, allowing valuables to be hidden out of sight. Driver and passengers can stow drinks easily with two cupholders for both the front and rear seat rows.

The car features a simplified powertrain line-up based on a new 1.2-litre Duratec petrol engine. Available with a choice of 70hp and 85hp power outputs, the 1.2-litre engine is derived from the same family as the 1.25-litre engine in the Fiesta, and features twin-independent variable camshaft timing technology to enhance performance, fuel efficiency and emissions.