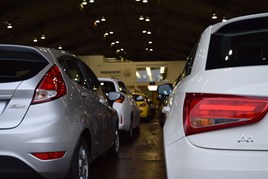 James Dower, senior editor of Black Book at Cap HPI, said: “Continual press reports painting diesel in a negative light appear to be having an effect on buyer behaviour. Much of the negative sentiment attached to diesel relates to older and less refined diesel power units.

“The modern day diesel is something of a different proposition and manufacturers have made significant investments in new engine and post-combustion technology to reduce NOx levels. Certainly, it is a trend to keep an eye on.”

Analysis by Cap HPI shows that both dealer and auction stock levels were higher throughout March this year than March 16. Increased stock availability was the key factor behind the reduction in values.

Supermini continues to perform well with an average increase of 0.6% at three years 60,000 miles. Behind the averages, there are some standout performances, notably Fiesta which saw very strong sales results across all age ranges but particularly at six months 5,000 miles where petrol derivatives increased, on average, by 2.9%.

Dower said: “Research suggests that as the facelift Fiesta is on its way, stock is becoming difficult to source leading to clean examples being in very high demand and commanding particularly strong values.”

Dower concluded: “While the season for convertibles is here, vendors do need to ensure that the market is not saturated and a controlled approach is taken when planning release into the wholesale market.

“Retail demand had shown no real sign of cooling throughout quarter one, and consumer confidence remained reasonably high. Black book will ensure that the ever-changing market is reflected on a daily basis.”