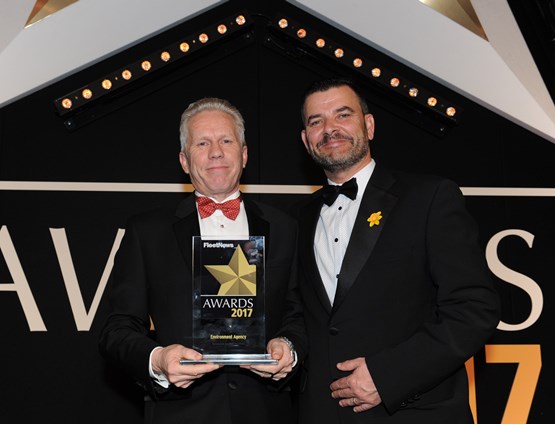 Environment Agency is no exception. Yet, it has continued to innovate while also rapidly expanding its operations. It has started to provide a fleet service to the Defra Group of 34 Government organisations. This has been both a challenge and an opportunity as the agency begins integrating some 7,000 additional assets.

At the same time, head of fleet Dale Eynon has overseen a number of projects, from extending replacement cycles from 48 to 54 months on cars, saving around £1 million, to implementing telematics across the van fleet, which has resulted in fewer harsh driving events and a 10.7% reduction in fuel consumption.

He has also reviewed the car choice list with a target of reducing average CO2 emissions to less than 100g/km this year and to 85g/km by 2020. A similar process is under way with the van fleet, where the goal is to reach 170g/km within three years.

But it’s not all about carbon reduction: Environment Agency has become one of the first UK fleets to implement NOx targets as it reacts to concerns over air quality.

Eynon expects to realise additional savings on service, maintenance and repair (SMR). He has already cut costs by more than a third through proactive cost control of specific spend, particularly on mechanical repairs, inspections and tyres, and is now moving to a blended SMR solution for leased cars, mixing pay-on-use with traditional ‘with maintenance’. Vans are already on pay-on-use, which has delivered a 10-15% reduction in costs.

As a leading fleet manager, Eynon has been selected to chair a new Fleet Innovation Group across central Government, which has an initial objective of tackling the grey fleet issue.

Environment Agency owns the blueprint for running a highly complex fleet efficiently and effectively. It is constantly innovating with a robust system for analysing the impact of new initiatives and is never afraid to trial new ideas.