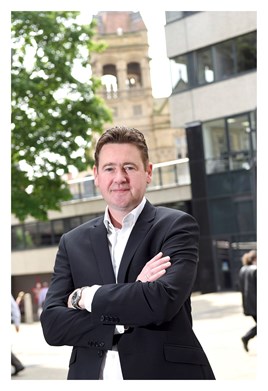 Cap HPI is not predicting residual value (RV) fluctuations in the premium saloon sector in the UK as a result of Transport for London (TfL) ending Uber’s operating licence in London.

TfL’s decision prompted fears thousands of premium saloons might flood the used car market as ex-Uber drivers hand back vehicles they have leased but can no longer afford due to being out of work.

Uber’s licence expired on September 30, but it has 21 days to appeal and drivers can continue to operate until that process expires which could take a considerable time.

Tom Elvidge, general manager of Uber in London, said if TfL’s ruling stands, it will put more than 40,000 licensed drivers out of work.

“To defend the livelihoods of all those drivers, and the consumer choice of millions of Londoners who use our app, we intend to immediately challenge this in the courts,” he said.

With Uber quoting up to 40,000 vehicles being operated by drivers using its app, Cap HPI said there needs to be a measured approach to de-fleeting and remarketing in the scenario that vehicles are handed back.

James Dower (pictured), senior editor of Black Book at Cap HPI, said: “It is likely many drivers will find work with alternative app providers and retain their vehicles. Other vehicles will be remarketed around the UK through online channels and physical auctions, so the impact of a large volume would be mitigated.”

Dower told Fleet News demand for used cars is also buoyant and this is especially the case of petrol hybrid cars, with prices up 1.3% in August.

GMB, a union which has challenged Uber over its working practices, said the majority of drivers using the Uber app do not purchase outright. For those that have to hand back vehicles early, they will be faced with early settlement charges by their leasing company.

However, GMB has questioned how many drivers are operating in London on the Uber app, saying the true figure is likely to be a ‘tiny proportion’ of the 40,000 figure quoted.

Steve Garelick, GMB secretary for the union’s professional drivers branch, said: “No one’s out of work just yet. Uber is appealing and for those that leave, its rivals will welcome drivers back.

“The majority of drivers hire their vehicles but they won’t be on the street with a begging bowl, they will be out working.”

LeasePlan signed a pan-European deal with Uber in March earlier this year. This included Uber introducing LeasePlan as a contract hire provider to drivers in the UK.

However, a spokesperson for LeasePlan said that, despite the seven month co-operation, it has no cars exposed with Uber in the UK.

A statement from TfL said: “Uber London Limited is not fit and proper to hold a private hire operator licence. Uber’s approach and conduct demonstrate a lack of corporate responsibility in relation to a number of issues which have potential public safety and security implications.”

This includes Uber’s approach to reporting serious criminal offences and how Enhanced Disclosure and Barring Service (DBS) checks are obtained.

Elvidge said drivers who use Uber are licensed by TfL and go through the same DBS checks as black cab drivers.

While Uber is facing problems in London, an employment tribunal in the capital has ruled against Addison Lee.

The tribunal ruled that a group of drivers for Addison Lee should be classified as workers, rather than self-employed, and entitled to receive national minimum wage and holiday pay.

In October, the GMB union represented by the Leigh Day law firm won a similar case against Uber. Uber is appealing the decision.

Leigh Day’s Liana Wood said: “This decision will not just have an impact on the thousands of Addison Lee drivers but on all workers in the so-called gig economy whose employers classify them as self-employed and deny them the rights to which they are entitled.”

Addison Lee failed to reply to requests for comment as Fleet News went to press.