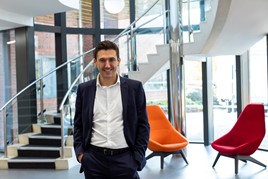 The majority of the public, including thousands of nurses, doctors, council workers and bank workers, are unaware of the advantages of sourcing an electric vehicle (EV) through salary sacrifice, claims Tusker.

Seven out of 10 drivers surveyed were aware of the Government’s Cycle to Work scheme where employees are able to purchase a new bicycle from their salary before tax or NI had been deducted (lowering the bill of both as a result). However, fewer than one in 10 were aware that they could do the same to purchase a new EV.

Tusker says that through salary sacrifice, EVs will be cheaper than petrol or diesel cars thanks to the way the scheme is set up to save NI and tax, as well as the Government’s introduction of 0% company car tax rate in 2020/21 (if adopted).

For example, it says one of the cheapest city cars available through Tusker, the Skoda Citygo, is currently £160 a month, enjoying tax efficiencies of £116 per month which aren’t available with leasing deals.

Tusker argues that, while 60% of people who drive claimed not to know what salary sacrifice is, it is the most affordable solution for people to drive electric.

Paul Gilshan, chief executive officer at Tusker, explained: “For too long, a lot of people have felt priced out of the EV revolution. This was evident in the people we spoke to as part of our survey, with the majority thinking battery electric vehicles were only for those that do little mileage or those on high incomes.

“Salary sacrifice is nothing new but appears to be still an unknown to a lot of working people; it’s the solution to drive a new electric vehicle for both 20% and 40% taxpayers, but it seems the myth is that people think they can’t drive an EV unless they are on high salaries.

Since 2000, Tusker has delivered 45,000 new cars to employees through its salary sacrifice scheme. 85% of orders through this scheme have been made by 20% taxpayers and its most popular orders for 2019 had battery electric powertrains.

The Chancellor has confirmed in the Finance Bill that the Government will tax the ‘package’ of benefits received by salary sacrifice drivers with their car.

Tusker, one of the country’s leading providers of cars via salary sacrifice maintains it remains a “unique and valuable” benefit for employees.

Brexit chaos, the suitability of FORS, WLTP and salary sacrifice are the diverse range of issues fleet decision-makers are currently concerned with.