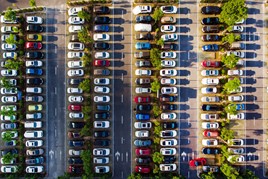 Early terminations and contract extensions from fleets and company car drivers are being reported by leasing companies as job losses increase.

Over the past three months, the number of people claiming out-of-work benefits (job seekers allowance and low income benefits) has more than doubled, reaching 2.7 million in July, according to the Office for National Statistics (ONS).

The latest data also shows more than three million people were still furloughed as the Government scheme begins to wind down.

The ONS says that more than one-in-10 workers (12%) were, effectively, having their wages paid by the Government between late July and the middle of August, a 50% reduction on May’s figures.

Unsurprisingly, the highest number of furloughed staff were found in those companies yet to re-open – almost three-quarters of staff (71%) compared to 11% at those businesses back trading.

The scale of the downturn is unprecedented. The UK economy is now 17.2% smaller than it was in February 2020.

Furthermore, Quarter 2 2020 is now 22.1% below Quarter 4 2019, which is more than three times greater than the total fall during the next largest period of recession, which occurred during the global economic downturn of 2008 to 2009.

The Bank of England has warned that UK unemployment is expected to peak at 2.5 million by 2021, with more than a million jobs expected to be lost in the second half of this year.

It highlighted what it called the “considerable uncertainty” remaining about the prospects for employment after the furlough scheme finishes in October.

Paul Hollick, chairman of the Association of Fleet Professionals (AFP), said: “Some companies have taken the bit between the teeth by introducing redundancies quickly, but they were already on shaky ground, with plans already in place.”

However, he explained there have been “winners and losers” as a result of the pandemic, with those in the hospitality and travel sector hit particularly hard, while anything that is digitised and can create online services and solutions is able to tap into growing demand.

The amount of money spent online increased by 61.9% in June when compared with February, ONS data suggests. This has resulted in an increase of £943.5 million in average weekly sales from £1.5 billion in February to a staggering £2.5bn in June.

Courier fleets have been among some of the biggest winners, with DPD announcing it was recruiting 6,000 new staff, including 3,500 drivers, in response to the unprecedented boom in online shopping.

The delivery firm is investing £200m this year to expand its next-day parcel capacity, including £100m on vehicles, £60m on 15 new regional depots (10 more than originally planned in 2020) and the remainder on technology.

The new jobs will include delivery and HGV drivers, warehouse staff, management positions and support staff, including mechanics.

CEO Dwain McDonald said the business was experiencing the “biggest boom in online retailing in the UK’s history”.

It is a similar story at APC, with 100 new roles available, all of which will be permanent positions, including drivers, warehouse operatives, customer services staff and IT.

The courier firm’s chief executive, Jonathan Smith, explained that the past five months have seen “unprecedented demand” for its delivery services.

For firms facing a more uncertain outlook, Hollick believes business owners and operators do not know what to do in terms of “rightsizing their business”.

He explained: “No one really understands the total impact yet, because everything is being propped up (by the Government), but I wouldn’t want to be an account manager at this time.

“The way that you operate with customers is going to fundamentally change post-Covid. I think it’s going to be a case of sitting in an office or at home to do an account review rather than face-to-face.”

Account management and sales teams would, typically, be out on the road, potentially covering long distances to visit their customer base on a regular basis.

But lockdown has shifted customer meetings online and, with obvious productivity gains, returning to pre-pandemic working practices is not on the cards.

Volkswagen Financial Services Fleet reported it was seeing “no demand” from customers for a return to face-to-face meetings. Head of sales and marketing, Tom Brewer, said: “We’re seeing a desire to continue with remote meetings at the moment.

“In our experience, this approach doesn’t seem to have any detriment to the quality of the conversations or the effectiveness of the meetings. There are upsides for all parties – aside from minimising the risk to everyone’s health – in the productivity benefits for us and our customers; meetings tend to be shorter and there is no fuel cost and no time lost to travel.”

It is not planning a reduction in headcount, but elsewhere companies looking to tighten their belts are recognising that they can do more with less.

As a result, Hollick expects the traditional company car market will shrink due to the significant job losses already being seen and those yet to come as the furlough scheme ends.

Furthermore, he says other employees, who qualified for a car due to the amount of annual mileage they covered, face having the benefit removed due to now not hitting the required threshold.

Three-quarters (74.8%) of fleets told Fleet News in a recent survey that they expect greater use of video conferencing in the long term, while almost 61% expect to see average mileages fall. And more than a third (35.8%) said that they expect to be running fewer company cars in the future.

Alphabet has reported an increase in early terminations and reschedule requests in recent months, driven predominantly by individual and small-to-medium enterprise (SME)customers.

However, Gavin Davies, Alphabet’s general manager for customer relationship management and public sector, said: “We are seeing bulk early termination requests from some of our corporate fleets as well, but they are also utilising other options, such as putting new car orders on hold while they assess their individual situations and future fleet needs.

“This has been the case particularly in those industries that have been hit hardest by the lockdown or still have staff on furlough.”

He added: “As the furlough scheme has given an artificial stimulus to current demand, we do expect to see an increase in early terminations as the scheme comes to an end in October.”

Matthew Walters, head of consultancy and customer data services at LeasePlan UK, says contract extensions have increased by approximately 50% above average. "Many businesses are also increasingly interested in the efficiency savings gained by outsourcing their operations and fleet activity."

The greatest impact has been in the retail sector, with job losses resulting in company car numbers being cut.

“The headcount and vehicle allocation for retail store area managers has reduced as a result of companies streamlining their middle management to respond to the economic impact of the virus,” said Lawes.

Since March, Lex Autolease has granted payment holidays to more than 3,000 customers, from small fleets to those with thousands of vehicles.

Mileages have also been amended to encourage rental cost-savings and existing vehicles redistributed. As a result, Andy Barrell, head of business development at Lex Autolease, said: “We’re not seeing mass vehicle terminations across our customer base.

“Customers are naturally more inclined towards short-term agreements when there is ongoing uncertainty, so it’s no surprise we’ve seen an increase in demand for short-term daily rental, alongside our informal extension agreements – giving customers more time to assess future requirements.”

Officials blamed the dramatic decline on reporting issues leaving some vehicles unaccounted for, but the figures for 2018/19, in the coming weeks, are still expected to show a downward trend.

Hollick, however, is predicting leasing firms and carmakers could benefit from a renewed interest in salary sacrifice. He explained: “A few big fleets have already mentioned to me that they are relaunching salary sacrifice schemes to take advantage of the low rates for electric vehicles (EVs). But it’s going to be a fascinating market and I don’t think anybody will know the true impact until the start of next year.”

Hitachi Capital’s Lawes says employees are concerned about the long-term economic impact of Covid-19 and committing to a company car contract, with some perk schemes affected.

Although Alphabet has seen an increasing demand to move to cash incentives in recent years, Davies also highlighted the “significant taxation benefits” for companies and drivers who choose to adopt ultra-low-emission vehicles (ULEVs).

“Alphabet has seen a huge uptake in EVs since the 0% BIK rates were introduced earlier this year,” he said.

Industry is working with fleet decision-makers to extend contracts, where necessary, and mitigate potential charges incurred during the COVID-19 pandemic.

Hitachi Capital Vehicle Solutions says the industry will have to ‘knuckle down’ if values are to be achieved in a post-pandemic used car market.

Coronavirus: How fleets are coping and what are the learnings for the future

Lower mileages during the lockdown and an increasing likelihood of more people continuing to work from home means electric vehicles will come out of the crisis in a strong position, according to fleets.