To celebrate World EV Day, we’ve compiled the latest, top stories including the Government announcement of plans to accelerate EV uptake and the roll out of a new EV support service from the AA.

The British Government has announced a range of measures, including £12 million in funding for research and development (R&D) investment, to accelerate electric vehicle (EV) uptake, on World EV Day (September 9, 2020).

Parking spaces painted green, charge points at supermarkets and popular tourist sites, and batteries that could charge in 6 minutes could all form part of the Government’s plans to accelerate electric vehicle uptake, transport secretary, Grant Shapps has announced today.

Grant Shapps MP, secretary of state for transport, said: “Whether you’re taking a trip with the family or commuting to work, with the wide range of models at competitive prices, it is now more cost-effective and convenient than ever to drive and charge an electric vehicle.

“This, together with our continued support for R&D, will see talented UK-based SMEs flourish, as well as more than 6,000 skilled jobs created up and down the country.”

A £9.3 million scheme launched by Highways England will also allow businesses to try EVs for free before they buy.

The initiative is designed to encourage drivers to shift to cleaner, lower-carbon vehicles and will see local authorities encouraging businesses with diesel van fleets to make the switch to electric.

Businesses will be offered a free trial of electric vehicles for 2 months, following a successful launch with Leeds City Council earlier in the year.

Jim O’Sullivan, chief executive of Highways England, said: “We’re pleased to be working with councils across the country to encourage businesses to make the switch to electric, and we expect many more to start using electric vehicles when they see the savings possible.” 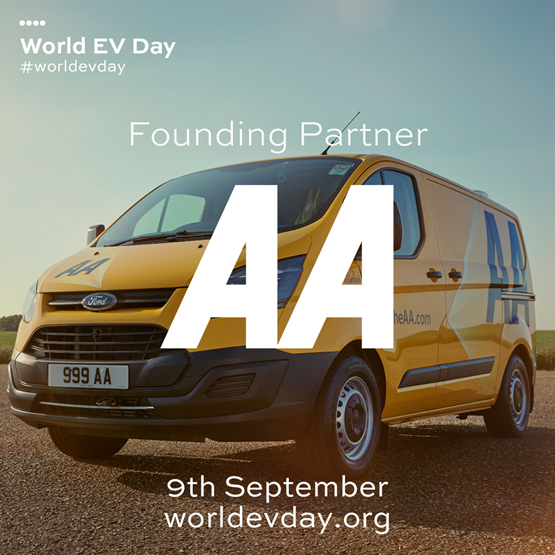 The AA is launching a new EV Support Service as demand for all forms of battery, plug-in and mild-hybrid electric vehicles (EVs) has risen, representing a quarter of total new car market share in July, according to the company.

With over 33.5k charging connectors on the public network in the UK, jumping almost one thousand in 30 days, the AA says it is responding to demand with the rollout.

The company is set to roll out an EV Support package for other operators in the domestic, workplace and public charging environments.

Alongside contact centre staff to provide EV drivers with support on the phone, the AA is also exploring a field-based technician option to maintain the country’s growing EV infrastructure.

"The logical next step is ensuring we can support the infrastructure accompanying EV vehicle adoption."

Commenting on the Government’s announcement, Edmund Kind, AA president, said: “We are delighted that the AA is a Founding Partner for World EV Day. Current and prospective drivers of electric vehicles, alongside local transport authorities and fleet operators, will be encouraged to recognise the crucial role they play in driving the shift to sustainable road transport and a zero-emission future.

“We support the idea of green parking spaces for EVs and previous AA research showed that drivers also supported ‘green’ EV charging signs. We are keen to see a raft of initiatives and incentives to speed up the EV revolution.”

The AA has also released a standalone report ‘EV and Future Fuels’ to coincide with its founding partner role for World EV Day. 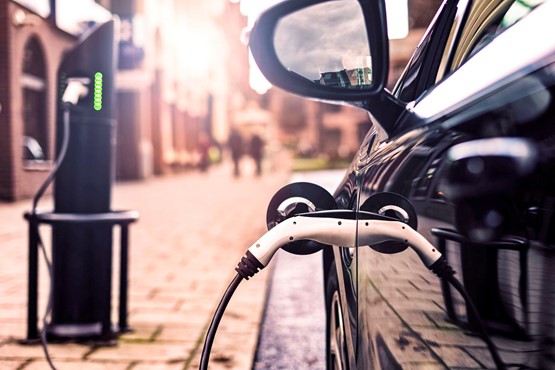 September 9, 2020 marks the inaugural year of an annual day of celebration of e-mobility.

World EV Day is global movement working towards accelerating the shift to sustainable transport worldwide, where drivers from more than 60 countries have made a commitment to transition to an EV.

Created by sustainability media agency Green.TV in partnership with ABB, World EV Day is a social media led digital event with the theme of ‘sustainable mobility’ for 2020.

Tarak Mehta, president of ABB Electrification, said: “Today marks an important milestone in the history of e-mobility with the world’s first EV Day. As headline partner, ABB is delighted to see so many individuals from around the globe taking positive action by signing the pledge.

“At ABB we are committed to inspiring drivers towards a sustainable electric future. As such we have launched an ABB fleet electrification pilot program, starting in the UK and with other countries including the Netherlands set to follow.”

The social media campaign focusses on raising awareness among consumers about the benefits of EVs and promoting the positive impact that driving electric can achieve, including reducing air and noise pollution.

Ade Thomas, founder of Green.TV, said: “With World EV Day, we are hopeful that we have helped energise and highlight the need to decarbonise transport and encourage everyone to look to electric as a way to continue to build prosperity, enable access and deliver a sustainable way of life.” 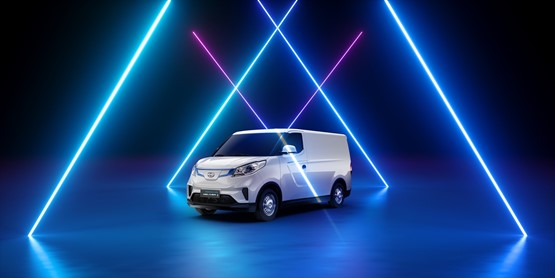 To celebrate its partnership with World EV Day, Maxus is offering all UK customers a £2020 discount on all E Deliver 3 orders made between September 9-30.

Mark Barrett, general manager at Harris Automotive Distributors UC (Maxus/LDV), said: “This is part of our commitment to supporting all those who want to make the switch to electric or trade up to one of the best small EV LCVs on the road today.”

The E Deliver 3 was launched in June as Maxus’ flagship EV.

In celebration of World EV Day, Nissan marked the production of the 500,000th LEAF, the world’s first mass-market 100% electric car.

The milestone was achieved at Nissan’s plant in Sunderland, England, almost a decade aftert the model first went on sale.

With more than 14.8 billion clean-air kilometres driven since 2010, LEAF owners around the world have helped prevent more than 2.4 billion kilograms of CO2 emissions, Nissan says.

Helen Perry, head of electric passenger car and infrastructure at Nissan Europe, said: “Now more than ever, consumers are looking to take positive steps towards a more sustainable future and the Nissan LEAF contributes to this effort.” 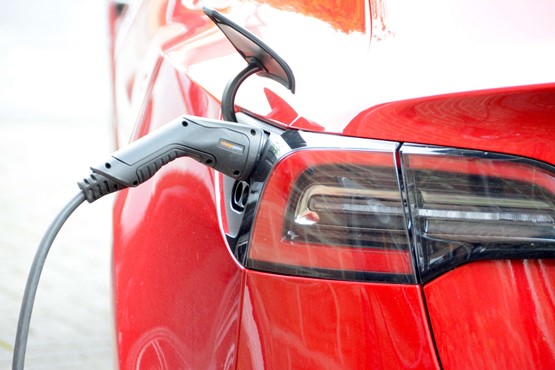 Seven out of 10 Tusker cars ordered in the first half of 2020 are EVs, as more people understand the benefits of driving electric, says Tusker.

More cities are adopting low emission or clean air zones (CAZs) in the UK, with nine new English and Scottish cities set to introduce them in early 2021 and around 70 councils throughout the UK considering similar measures.

Older petrol and diesel cars will be charged around £8 per day to enter the city centres, with EVs exempt.

Tusker says with EVs attracting 0% Benefit in Kind (BIK) tax in 2020, coupled with the savings available in National Insurance and tax, drivers on the Tusker scheme can save over £320 on average, when choosing an EV.

Tusker said it has also seen improvements to the batteries being used which has increased the range that cars are able to travel over the past year, with the average range of cars able to achieve over 200 miles.

While talk of electrifying fleets has been growing, many organisations are still in the infancy of their journey to operating significant numbers of EVs.