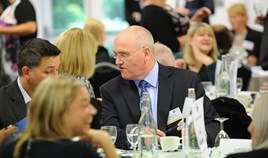 The demands of managing a fleet have been unaffected by the UK’s June 2016 vote to leave the European Union.

The broad view of fleet decision-makers is it’s business as usual despite the Brexit vote as far as their responsibilities are concerned.

Without any clear definition as to what Brexit will mean it is very difficult to make any fleet decisions, but we do expect any change to be slow.

“It’s business as usual until I better understand the position of the UK and its negotiated position - the deal – we achieve in leaving the EU.”

“There’s been no pressure from board level to plan for Brexit. So, budgets remain the same as does our broad level planning and strategy planning and objectives.”

“Brexit could become a serious issue nearer the date we actually leave the EU.”

“I’ve struggled with ensuring foreign drivers have the right licenses, or are driving within UK laws. There doesn’t seem to be an easy way to check this – and keep on top of it consistently from an administrative point of view.”

"We don’t know how to prepare for something that we don’t have any information on."

The low value of the pound is not being reflected in increased car prices from manufacturers, they are just giving greater discounts.

The focus is more on the more immediate changes in legislation and generally reviewing efficiency of existing fleet vehicles, monitoring expenditure.

There are concerns that the changes in leasing accounting rules will lead to an increase in number of vehicles in the market and a subsequent decrease in residual values.

The increase in PHEV cars on fleet is not leading to  a reduction in the level of fuel miles claimed  – drivers are still claiming high petrol mileage and not charging the vehicles.

Increase in offer of cash for perk drivers may lead to funding issues -  claims that 40% of these drivers were unable to get credit.