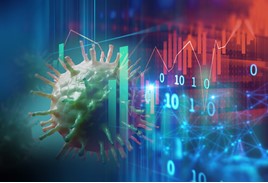 In the Fleet200 analysis 12 months ago, we laid out all the challenges fleet decision-makers were facing during 2019. Among them were the WLTP emissions testing regime, Brexit, clean air zones and indecision over future benefit-in-kind (BIK) taxation rates. Had there ever been another year like it for market upheaval and uncertainty? we mused.

Well, strike 2019 from the record books; 2020 has plumbed new depths for economic, business and personal crises, as the coronavirus pandemic ripped through the UK fleet sector leaving widespread confusion, financial strife and a workplace revolution in its wake.

Fleet decision-makers, like in 2019 and on countless occasions before, didn’t falter. They picked themselves up, dusted themselves off and set to work introducing new fleet procedures, driver management controls, maintenance scheduling and rigorous utilisation to ensure their operations remained efficient, safe and effective.

Essential services fleets found themselves under huge workload pressures; other businesses were fielding queries from furloughed company car drivers looking to offload their BIK burdens. All are finding their way through.

National lockdown has passed, for now, although localised tightening of the rules does continue. However, fleets fear that the worst is far from over; almost half of companies in the Fleet200 say coronavirus is one of the biggest challenges facing their fleet over the next 12 months.

“Customer demands have changed and are likely to be different when we come out of the situation,” he says. “Supply chains have been significantly affected meaning reduced certainty of product either for resale or for use in the running of the business.”

Then there are the vehicle supply delays caused by global production shutdowns and general concerns over financial stability – of manufacturers, dealers and suppliers.

Undertaken during the lockdown period, the 2020 Fleet200 is, understandably, down on numbers compared with previous years, with some members having been furloughed or in no position to respond.

The survey, undertaken by Fleet News partner Fleet Intelligence, compiled insight and figures from 127 fleets, slightly lower than last year’s 135, although 47 companies didn’t return data this year, so there has been considerable fluctuation within the listing.

Nine of the top 10 remain the same, albeit with some positional shuffling, with Amey and The AA (which shared ninth place last year with Defra) dropping out to be replaced by Mitie.

The top four are unchanged in order – Royal Mail, BT, Centrica and SSE – but that doesn’t mean there hasn’t been internal flux for some. Three of the four are running fewer vehicles than a year ago; the fourth, BT, is entered on its 2019 fleet size.

Major changes are afoot at the UK’s biggest fleet operator. Paul Gatti has left Royal Mail after more than 20 years holding directorial positions within the organisation, the past seven as director of fleet. Duncan Webb, commercial director, has also left in the wake of Royal Mail’s decision a year ago to pull the plug on its third-party fleet management and SMR business, which was utilising spare capacity within its network of 100-plus owned workshops.

Webb was one of four people to be brought across to the business four years ago from the former BT Fleet Solutions (since purchased from Fleet200 No2 BT Group by Aurelius and renamed Rivus – more change) specifically to help Royal Mail develop and expand its fleet proposition. However, within two years of launch, a change in business strategy saw the operation wound down.

It had more than 10 blue-chip customers with strategic co-operations with Hitachi and ARI to handle any SMR overspill. All had to go elsewhere.The decision was part of a business revamp as Royal Mail’s emphasis switched to delivering bigger parcels. It required investment and reclaiming the surplus space within the workshops to accommodate the growth aspirations.

Now, though, the business looks set for another restructure, including the fleet operation, due to significant ongoing losses exacerbated by the coronavirus pandemic.

Third place Centrica has reduced its fleet size by 700 vehicles – 300 cars, 400 vans – as it continues to max out utilisation. It is currently running at 98% for the van fleet; the 2% are surplus vans located at strategic sites to help reduce hire costs when engineers’ vehicles are off the road. 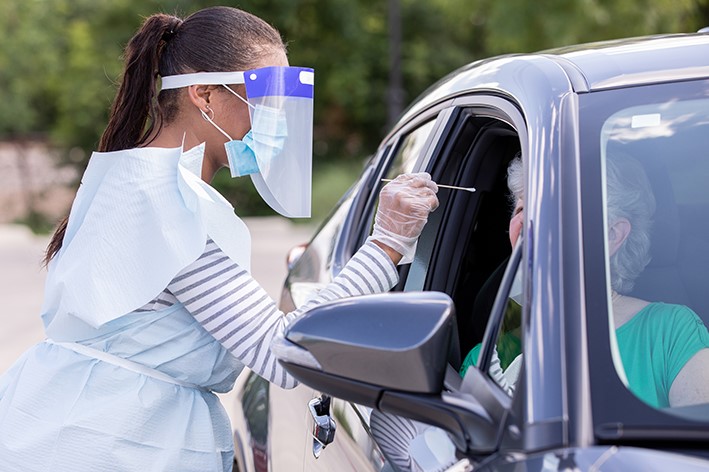 Energy giant SSE remains in fourth, but has cut its fleet size by a quarter, from 9,500 to 7,038. Vans account for almost 1,500 of the near 2,500 reduction, which is due to the disposal of the company’s retail business to Ovo Energy at the start of the year, as well as a “right-sizing” of the fleet, according to head of fleet and travel Simon Gray.

Of the 90 Fleet200 companies present in both last year’s and this year’s listings, 62 are running smaller fleets than a year ago, while 24 have more vehicles. Four are unchanged (including BT). Of the 62, 14 have reduced by at least 20%.

GE has experienced the largest drop in fleet size, down 63% – from 1,900 to 700, all cars. However, the difference is down to a fleet reorganisation.

Fleet optimisation leader Damion Bennett’s role changed from GE Global Operations to GE Healthcare a year ago with a corresponding realignment of his fleet. While the UK numbers fell, the new position is a European one, with a combined total fleet of 5,000.

“I transitioned to GE Healthcare to basically deploy all the best practices in terms of policy design across the other countries,” Bennett says.

“It’s been a whirlwind, but very exciting, and I’ve been able to make some real positive changes to the offering, especially in the top five countries (France, Germany, Spain, Italy and UK) that represents about 75% of my total fleet.”

The remainder of the GE fleet has been backfilled with a fleet manager based out of the Hungary operational centre, but more as a contact manager for funding partner Arval.

DPD is opening new depots and employing more staff due to the boom on home deliveries, so its 28% fall in fleet size is surprising. The company, No 6 in the Fleet200, shed 2,740 vehicles, almost all vans, taking its fleet to 6,280. It did, though exceed its aspiration of converting 10% of its LCV fleet to electric this year, giving it more than 700 electric vans – the most of any UK fleet operator.

On paper, The AA’s fleet fell by 48.9%, resulting in it dropping out of the top 10 to No20; however, the company has not included its driving school cars this year, totalling around 3,000 units in the 2019 Fleet200. Its core recovery fleet has actually grown year-on-year by 150 vans.

Contrasting fortunes in the housing market are on display. Estate agent Countrywide Group saw its company car fleet shrink by 51%, from 5,530 to 2,712, while house builder Countryside Properties is expanding with a 10% increase in its total fleet, from 600 to 660, thanks to the addition of 100 cars, although it has 40 fewer vans.

A change in business strategy is behind a 32% reduction in fleet numbers at Yodel across its car, van and truck fleet. The delivery firm closed its company car scheme a year ago due to a lack of interest and, instead, now has 200 cash takers.

Yodel’s decision has saved money, says head of fleet Ian Leonard, due to not carrying spare cars every month and a 40% drop in mileage claimed through the expenses system since August 2019, although he recognises that a large proportion of this will be Covid-related.

Leonard adds: “Van numbers are reducing annually as the business transitions from employed drivers to moving parcel volume out to third party ‘man in van’ and neighbourhood couriers.”

He anticipates further falls in the van fleet from 530 now (2019: 750) to around 400 come January 2021. The tractor unit fleet has decreased from 400 in 2019 to 270, while Yodel is also running few trailers. Both are because “we are getting better at what we do and reducing empty running”, Leonard explains.

Meanwhile, Yodel’s 7.5-tonne fleet has fallen from 101 to 27 currently but will disappear completely throughout the next year as it no longer has a role for vehicles of this size.

The year of coronavirus hasn’t all been about shrinking fleet sizes, however, with 24 Fleet200 organisations reporting strong growth.

Hampshire County Council is one of the few local authorities to increase its fleet size year-on-year, adding 62 cars and 52 vans for a near-20% rise.

Among other notable rises across a real mishmash of industry sectors are kitchen specialist Nobia, up 14%; laundry and catering equipment supplier JLA, up 13.5%; asbestos removal company Rhodar, up 33%; housing provider Radian, up 17%; and electronics manufacturer Panasonic, up 16%.

Thanks for taking part

Thanks to all the companies who supplied us with their fleet figures this year. Thanks also to our partner Fleet Intelligence for collating the data and providing the tables for this report. If you believe your company should be in the Fleet200, please email the editor stephen.briers@bauermedia.co.uk

Fleets are caught between the uncertainty how the new Worldwide Harmonised Vehicle Light Vehicle Procedure will impact vehicle suitability and the lack of choice in alternative fuelled vehicles and poor supporting infrastructure.

A lack of appropriate and attractive benefits and the limited availability of supportive tools is hampering the introduction of fleet mobility strategies.

Fleet managers ‘in confusion’ on how to reduce CO2 emissions: Fleet200 debate

Fleet managers have been left uncertain of how they can continue long-standing mandates on reducing their vehicles’ emissions while coming to terms with the new Worldwide Harmonised Light Vehicle Test Procedure (WLTP) that could see them increase overnight.