How data management saved Elis £1.2m in claims in one year 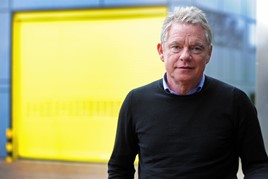 Telematics can provide fleets with numerous benefits, but significant cost savings are only possible when data is used to enact real change within a business.

For textiles and laundry services group Elis, telematics and cameras led to a £1.2 million reduction in insurance claims in just one year.

Fitting this equipment is only part of the story though, as Elis group compliance manager Peter Kelly told Fleet 200 executive club members at the most recent virtual Fleet 200 meeting.

By combing all the data feeds from across the fleet, Kelly was able to produce a monthly report to send to the company’s transport managers.

He explained: “One of the most important things in the telematics is what data we actually got out of that telematics and how we presented that data to the logistics managers and the transport managers, so they could understand that data a lot more easily.

“It was presented to them in a very easy readable format, where they could absolutely get the data they needed out of that. That was one of the key things for us and from the insurance company's point of view.”

With the company’s fleet and drivers spread across 32 sites, Kelly began to benchmark the sites against each other and create a driver ‘top 10’ ranking. This helped with engagement as no one wanted to be at the bottom of the list.

The next step was to introduce cameras, which made it much easier for the business to establish who was at fault in the event of a collision.

Kelly said the business used to pay out on 80% of claims, but since the cameras were installed it only pays out on 20%.

“We could settle claims a lot quicker because we were getting the information from the cameras immediately. Just settling claims quicker was reducing our overall claim profile by about 40 to 50%,” he added.

The technology had an initial investment of around £1.1million, according to Kelly, which was quickly paid back just in the insurance claims reduction. The company also saved nearly £500,000 on fuel as a result of drivers being more efficient and reduced mileage.

The Elis key to an efficient fleet? Data, data, data

A new data service, which can provide access to telematics data from any data source in real time, including OEM-embedded hardware, has been launched.

Expert advice on how to use data to predict the future and be more pre-emptive.