All of the top 10 FN50 companies now offer some type of PCH product and companies further down the list are also entering the space for the first time.

Personal leasing accounts for 12.8% of the total business carried out by the FN50, according to this year’s survey.

It’s an increase of just 0.1% on last year’s figure, but the boom in new products has only just begun.

“Alongside standard PCH, we also have a Personal Car Leasing (PCL) product, currently being piloted with a number of our corporate customers who already have a company car scheme in place." Ashley Barnett, Lex Autolease

According to the British Vehicle Rental and Leasing Association (BVRLA), the trade body for the vehicle rental and leasing sector, personal leasing grew by 14% in the first quarter of 2018, contrasting with a 1% overall decline in the leasing sector.

Arval has offered PCH for 10 years and expects growth from it in the next three.

“Most new vehicles are purchased using some form of finance product and we would expect PCH to also share in this growth. Many first time lessees enter the market with low duration, non-maintained contracts to ensure the product is right for them; we anticipate that demand for a greater service-based proposition will increase as people become more familiar with the product,” says Paul Marchment, SME development manager at Arval.

Lex Autolease, the UK’s largest leasing company, has provided PCH since 2012 and, due to growing demand, it recently launched a dedicated area for personal leasing on its website. Currently, 27% of the company’s business is in the private market.

“Personal leasing is an important part of our business, supported by our existing strong broker network and close ties to manufacturer partners,” says Ashley Barnett, head of consultancy at Lex Autolease.

“Alongside standard PCH, we also have a Personal Car Leasing (PCL) product, currently being piloted with a number of our corporate customers who already have a company car scheme in place. 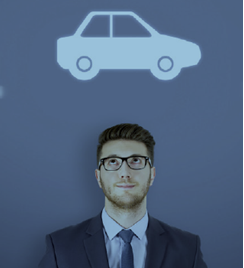 “PCL is available to all employees but may be of particular interest to those considering opting out of their company car scheme and taking the cash alternative, with a view to leasing their own vehicle.”

The PCL product is structured to maximise discounts via affinity terms with selected manufacturers and special offers, opening up access to Lex Autolease’s buying power.

“During a period of change and increasing levels of emissions-based benefit-in-kind (BIK) taxation, a number of drivers are evaluating the cost of a company car compared with the cost of leasing privately,” he adds.

Lookers Leasing is one the companies embarking into PCH. Its new product Full Service Lease is designed to reflect most of the benefits a traditional company car driver would be used to, such as full maintenance, tyres, and breakdown assistance.

It has also launched Release for the more budget conscious – another PCH service offering a selection of contract hire vehicles that have either been early terminated or reached end of contract.

“One the things that perhaps also sets our offering apart from that of others is that we don’t ask for rentals up-front. The driver pays the first month’s rental 15 days after delivery and monthly rentals thereafter,” says Andrew Pace, head of Lookers Fleet Services.

Figures from HMRC highlight how the Government is raising record revenues from the company car market by imposing higher taxes on drivers.

Company car tax revenue has increased more than 24% year-on-year (£360 million) yet the number of employees receiving the benefit fell 20,000 over the same period.

The impact of WLTP

Current taxation is based on a converted figure - known as NEDC-correlated – which is lower than the true WLTP figure but higher than the previous result, in most cases.

The result is higher like-for-like taxation for the majority of cars on sale.

Many fleets and drivers have been holding off on ordering cars while they waited for last month’s Budget.

Some drivers are opting out of the car scheme altogether and taking a cash option to buy a vehicle privately.

“For a variety of reasons the traditional company car is going to change over the next couple of years,” says Nick Hardy, sales and marketing director at Ogilvie Fleet.

Hardy believes the leasing industry has previously neglected drivers who take a cash option by not explaining the benefits of a company car and leaving them to find a vehicle in the retail market.

“Some drivers want to minimise cost, some want better cars, some want economical cars, others don’t. The need to offer more choice and match transport needs to lifestyles, while still meeting the needs of employers, is the trick.”

He believes leasing companies have to work more closely with drivers to ensure they make the right decision to suit them financially, offering a range of solutions.

Parkers.co.uk finance editor Christofer Lloyd says: “A main benefit of PCH compared with alternatives such as PCP is that, often, there’s no need for a large initial payment and monthly payments are typically lower. It’s also possible to bundle in maintenance costs with many personal leases, making them a good stepping stone for those leaving a company car scheme who might not have a lot of cash for a deposit.”

We decided to look at some of the current leasing deals being offered in the PCH space, to see if they can offer better deals than a company car (see below).

Prices were taken from comparison site Leasing.co.uk and compared with the equivalent BIK a driver would pay over the same time period as the lease.

For a 20% taxpayer the BIK tax is significantly lower than the PCH cost in all examples. Most notably with the Nissan Leaf, which costs just £46 per month as a company car but more than £360 on PCH.

Similarly, a 40% taxpayer is still better off in all but one instance, with the Mercedes-Benz E200 AMG Line available at a lower monthly cost than it would be as a company car.

It is important to consider the fact that these leasing prices do not include maintenance and do not take account of damage charges. We have also not included the cost of insurance, which would need to include business use for any drivers who use their car for business travel, or other associated costs with car ownership, such as vehicle excise duty (VED).

The reality may be different for individual circumstances, especially where used vehicles are available on cheaper rates or through affinity schemes where drivers can benefit from discounts associated with their company’s leasing contract.

Marchment says: “While a PCH product is not really a substitute for a company car, there are a number of company car drivers who will be weighing up the cost of increased company car taxation versus opting for a cash allowance and funding their own car.

“This is a very personal decision and will depend on a number of factors including the company’s fleet policy and if the employee is deemed to be a perk or business use driver.

“A traditional company car driver may also need to consider the implication to themselves if they leave the company and no longer receive a cash allowance while a fleet manager will need to ensure they have the appropriate checks in place to mitigate their grey fleet risk.

“An SME or business owner will potentially have a different set of considerations and dependent on their own business situation may see a benefit by opting for a PCH product rather than running a traditional company car.”

Zenith launched ZenAuto in March, with a focus on offering PCH deals to the public. The company expects the consumer market to flip in favour of PCH within the next 10 years, as millennials – with no equity – drive a new subscription economy.

But, Tim Buchan, chief executive of Zenith, believes that PCH is not a substitute for a company car.

“Business contract hire continues to offer companies a cost-effective and flexible way to operate a fleet and manage cashflow and CO2,” he adds.