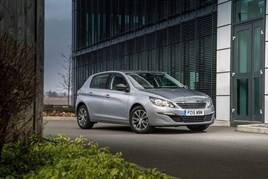 The range of PureTech three-cylinder petrol engines was first launched with the new 208, and a new turbocharged variant has appeared since in the new 308.

Largely attributed to PureTech, demand for the 308 has moved from a diesel-dominated position in 2013, with only 6% of total sales credited to petrol, to 16% in 2014, with an increase from 14% to 31% in the retail sector alone.

This growth is expected to continue during 2015 with the arrival in showrooms of two key Peugeot 308 models – GT Line and Sportium – both of which are available with PureTech petrol engines.

To meet buoyant market demand for the EB Turbocharged PureTech three-cylinder petrol engine that powers an expanding range of products, PSA Peugeot Citroën has assigned a new production line at its facility at the Trémery plant in north-eastern France.