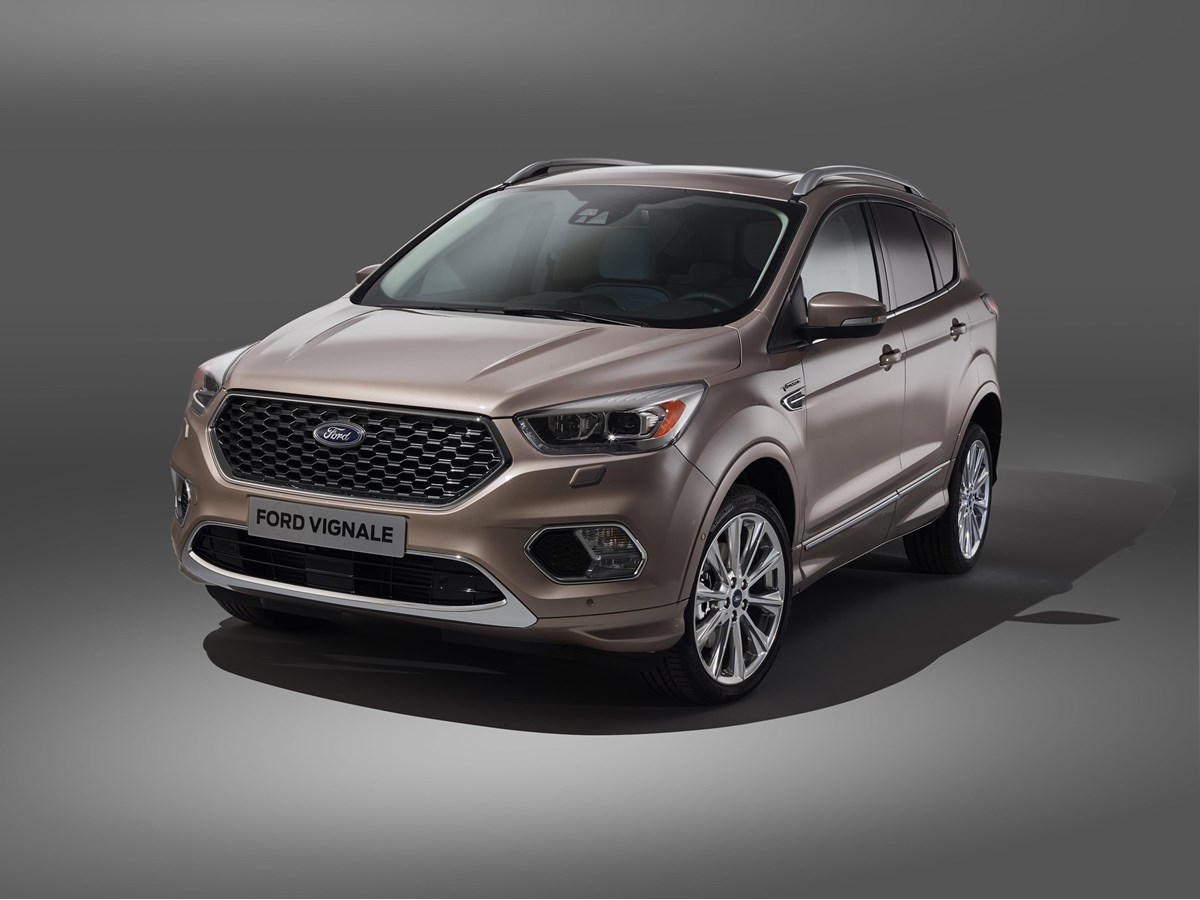 Ford has revealed the production version of the new Ford Kuga Vignale upscale SUV which will go on sale in Europe later this year.

The Kuga Vignale is presented in pearlescent-metallic Vignale Milano Grigio exterior colour with Cashmere leather interior trim as part of an exclusive specification and will be offered with a range of Ford EcoBoost petrol and TDCi diesel engines.

It joins the new S-Max Vignale and Edge Vignale as one of three new Vignale models presented this year, following the introduction of the Ford Mondeo Vignale in 2015.

The Mondeo and S-Max Vignale are available to order now, with the Edge Vignale also arriving in late 2016.

More than 80% of the 33,000 Kugas sold in 2015 in the UK were high-specification Titanium models, indicating high demand for luxury variants in the SUV segment that is predicted, by industry sales analyst IHS, to increase to account for 27% of all vehicle sales in Europe by 2020, from 20% in 2014.