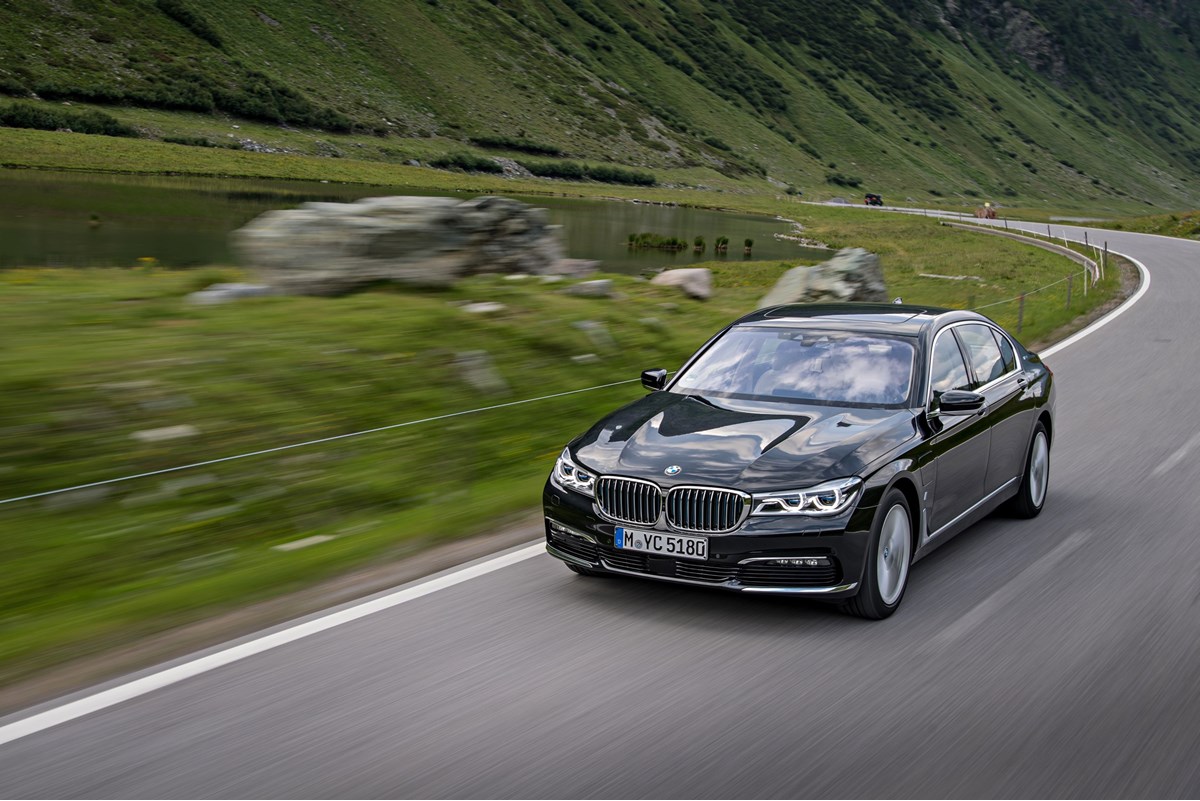 Both models sit within the BMW iPerformance range and benefit from BMW eDrive and the Carbon Core body structure.

The intelligently controlled interaction between the combustion engine and the electric drive together generate a total system output of 326hp.

The electric motor is fully integrated into the eight-speed Steptronic transmission. This ensures that pure-electric driving, the dynamics-enhancing electric boost function and the recuperation of braking energy are able to operate efficiently.

Working intelligently together, the combustion engine produces an output of 258hp whilst the electric drive system produces112hp, resulting in a combined system output of 326hp and a combined peak torque of 500Nm. The immediate response of the accelerator and sustained delivery of dynamic power allow the BMW 740e to accelerate from zero to 62mph in 5.4 seconds and the BMW 740Le xDrive to complete the same sprint in 5.3 seconds.

The high-voltage lithium-ion battery has a gross capacity of 9.2kWh and net capacity of 7.4kWh. It is stored underneath the rear seat bench in a space-saving position that also provides optimum crash safety. In line with the BMW 7 Series models, the BMW 740e and BMW 740Le xDrive also benefit from a level surface in the luggage compartment, which offers a capacity of 420 litres. The stowage volume and practicality of the load area sets the benchmark in the luxury plug-in hybrid sedan segment.

The BMW 740e records a combined fuel consumption of 134.5mpg whilst the 740Le xDrive achieves 117.7mpg. The CO2 emissions associated with petrol consumption are 49g/km and 54g/km respectively. The efficiency of the BMW eDrive technology developed using know-how from BMW i is proven in the all-electric, locally emission-free driving resulting in a range of 29 miles.