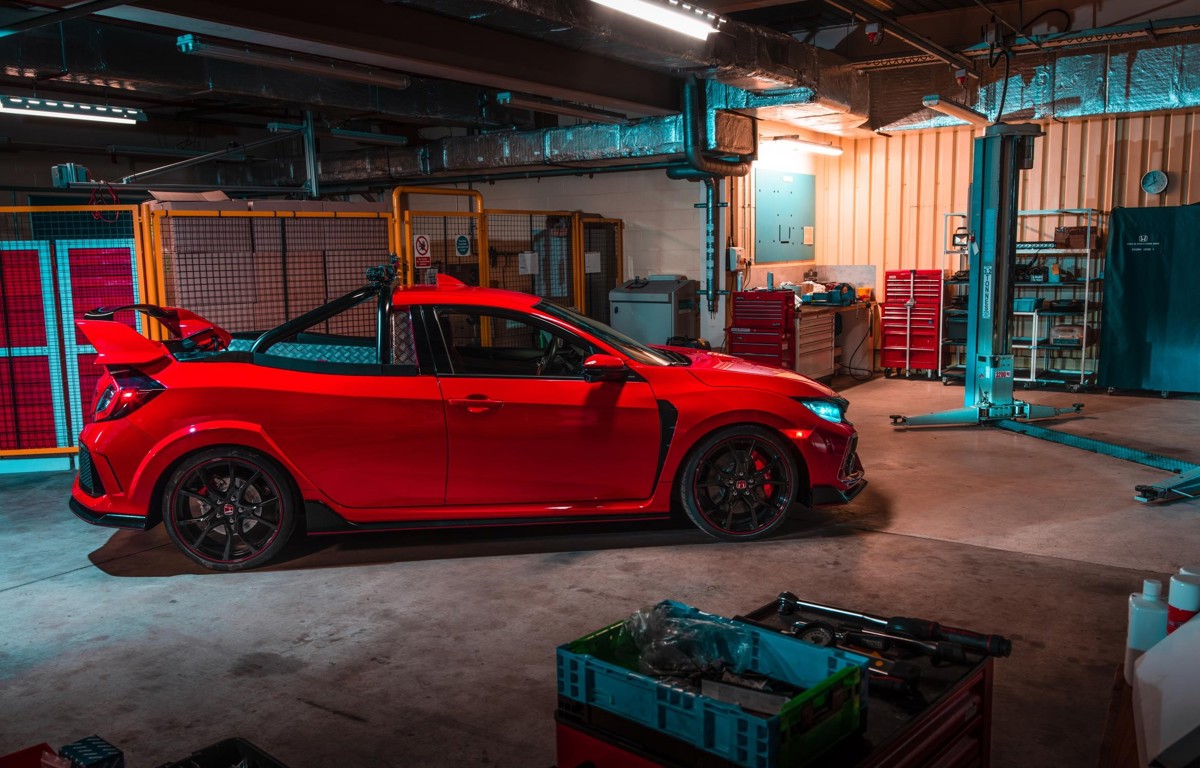 Built by a specialist team from the product engineering department at Honda's factory in Swindon, the Civic Type R Pickup Truck has been modified and developed from the standard road car.

To create the Project P concept, the team used a pre-production version and adapted the design rearwards from the C-pillars of the car, with a flatbed loading area in the centre of the car where the rear seats and boot space would normally be.

The concept retains the rear wing associated with both the FK2 and FK8 Civic Type R, which is movable to allow direct and unfettered access to the rear of the truck.

Using the same powertrain, suspension and gearbox as the standard road car, it is estimated Project P will complete the 0-62mph sprint in under six seconds and reach a top speed of over 165mph.

Alyn James, project lead, said: “We have a special projects division at the factory in Swindon and this project was a fantastic opportunity for the team to show just what their creative minds could do.

"The passion that our engineers have for Honda is shown in our latest creation and we are even considering taking it to the Nurburgring to see if we can take the record for the fastest front wheel drive pick-up truck.”

Phil Webb, head of car at Honda UK, added: “This Civic Type R Pickup Truck concept by the special team at our Swindon-based plant demonstrates the passion and commitment of the team there – going above and beyond outside working hours to deliver the final product.

"There are no plans to put this in to production but we will be using it to transport our lawn and garden products as and when required!”

Honda UK has announced that the four door version of the Civic will be on dealer forecourts from August, with prices announced closer to launch.

Honda to offer petrol vs diesel test drives at CCIA 2018

Honda will be showcasing the new Civic diesel alongside its petrol counterpart at Company Car In Action (CCIA) 2018.