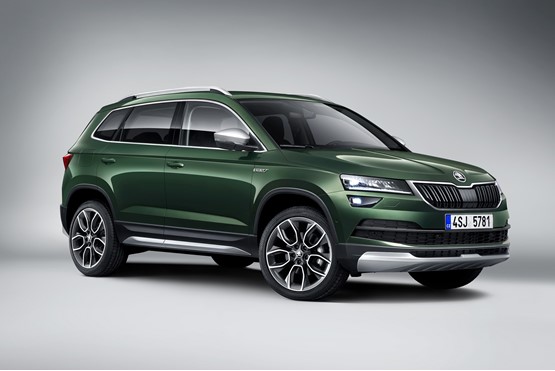 Skoda has announced the Karoq Scout will be revealed at the Paris Motor Show in October.

The Scout is more rugged variant of the popular Karoq and comes with four-wheel drive as standard.

The brand already offers Scout versions of the Octavia and Kodiaq and says the Karoq Scout will be as prepared for off-road activity as it is for on-road use.

Three engines will be offered: a 1.5 TSI petrol with 150PS and a seven-speed DSG gearbox, a 150PS 2.0-litre diesel with a six-speed manual gearbox (DSG optional) and a 190PS diesel with a DSG.

More details will be available when the car is launched later this year.