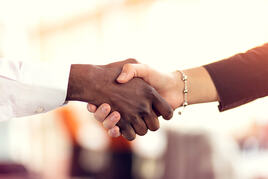 Kwik Fit founder Sir Tom Farmer has been selected from a shortlist of nominees to receive the prestigious Edinburgh Award.

The 75-year-old businessman founded the car repairs firm Kwik Fit in Edinburgh in 1971.

Sir Tom, who is Chancellor of Queen Margaret University, is also a regular supporter of charities and community work in the capital.

He will also receive an engraved loving cup from the city's Lord Provost at a ceremony in the City Chambers in early 2016, reports the Daily Record.

Sir Tom said: "It is a great honour for me to receive the Edinburgh Award. Edinburgh is the city of my birth and I am overwhelmed that I have been chosen to receive this prestigious recognition."

The nomination list is decided by Edinburgh residents and the winner chosen by a judging panel chaired by the Lord Provost, with representatives from all political groups on the Edinburgh city council, Edinburgh Voluntary Organisations Council and Edinburgh Chamber of Commerce.

Lord Provost Donald Wilson said: "Sir Tom is not only an inspiring businessman but a champion of education, a keen philanthropist and a real believer in community spirit.

"Most importantly for this award, he is a passionate ambassador for Scotland's great capital city.

"He has constantly given back to this city and has made a significant difference to countless charities, from the Salvation Army to Mary's Meals, which provides school meals for children in deprived areas around the world."