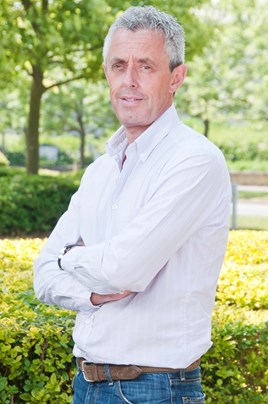 vGroup International is already a DFA sponsor and that commitment has been further reinforced by Nash’s appointment to the board.

DFA, a non-profit making organisation, trains professional drivers to provide life-saving first aid and manage the scene at a road traffic collision, prior to the arrival of the emergency services.

Earlier this year the government backed the life-saving road safety initiative and Mr Nash hopes to use his influence to lobby companies operating vehicle fleets as well as fleet industry suppliers, motor manufacturers and franchise dealers to back the organisation.

One company already backing the call is LeasePlan UK, one of the country’s largest vehicle leasing and management companies with a fleet in excess of 165,000 company cars and commercial vehicles and part of the largest vehicle management group in the world operating a fleet of 1.55 million vehicles in 32 countries and across five continents. The company’s high mileage employees are already DFA trained and now customers are being offered the opportunity.

The World Health Organisation say every year 1.25 million people die as a result of a road traffic crash and between 20 and 50 million more people suffer non-fatal injuries, with many incurring a disability as a result of their injury.

With around 25% of crashes on UK roads involving at-work drivers and all incidents calculated by the government to cost the economy annually £16.3 billion, Nash added: “Businesses do care about the health and well-being of their drivers so we hope more corporates will support DFA.”

“Being the father of a racing driver and also being the chairman of a business that owns a major supplier of first aid products further focuses the mind on safety whether on the road or in the workplace or the home.

“I believe that everyone working in the automotive industry, whether that be at a motor manufacturer, in a franchise dealership, at a fleet supply company or as a fleet decision-maker, has a duty to work to reduce death and injury on the roads.”

LeasePlan UK HR director Steve Moss said: “Driving is one of the most dangerous things we do day to day. At LeasePlan UK we recognise this and so we offer solutions for safer driving both to our customers and our employees. This fits with our broader approach to being a responsible business where we believe that everyone has the right to work in a healthy and safe environment - especially if they spend a lot of time on the road.

“That’s why we offered the opportunity to all of our employees who drive a lot of miles the chance to attend DFA training.

“The DFA programme is a really good way of giving drivers more skills to act as first responders to a medical situation on our roads - hopefully making them a safer place for all of us."