Stephen Sklaroff to leave the FLA as director general 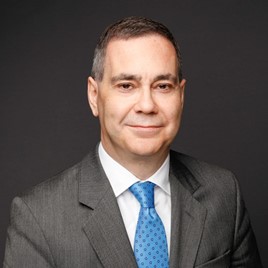 Stephen Sklaroff, the director general of the Finance and Leasing Association (FLA), has decided to leave the FLA later this year, after 12 years in the post.

Commenting on his departure, he said it had been “a privilege and a pleasure” to work with the FLA’s members over the past 12 years as they have demonstrated their vital role in the UK economy, and commitment to high standards of customer service, during a time of huge change in the political, economic and regulatory landscape.

He continued: “I look forward to continuing to support them in the coming months, and in due course to ensuring a smooth hand-over to my eventual successor.”

Richard Jones, managing director of Black Horse Finance and chairman of the FLA, said: “Stephen has led the FLA through a time of unprecedented change, and through that period the FLA has become a larger, stronger and more influential voice for its members and their customers.

“On behalf of the board, our members and associates, I would like to thank Stephen for his leadership, passion and dedication over the last 12 years. His presence will be missed by all of us.”

In 2018, FLA members provided £137 billion of new finance to UK businesses and households, £104bn of this was in the form of consumer credit representing over a third of total new consumer credit written in the UK in 2018.