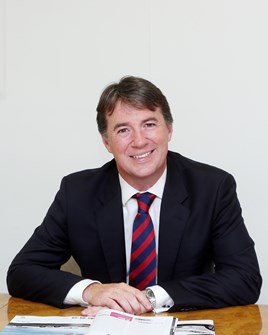 It is envisaged that cars will be able to drive themselves by 2025. But before that happens, the liability in the event of a crash involving a driverless car needs to be addressed by the industry. The good news is that the Association of British Insurers (ABI) will go ahead with proposals to develop a single insurer model to cover both the driver and vehicles when fully in autonomous mode to help establish who is liable in the event of an accident.

Creating a single insurer model from the outset will ensure that there is appropriate legislation in place to protect the driver and the public, and establish who is at fault when an accident happens.

The process needs to be as simple and straightforward as possible, otherwise there is a risk it will inhibit take-up of drivers switching to fully autonomous driving mode.

The ABI’s proposed measures will enable the liability to be transferred when it is clear the accident has been caused by faulty technology. The data collected under the ABI’s measures would include 30 seconds before a crash and 15 seconds after, using a GPS record of time and location, including information on whether the vehicle was in manual or driverless mode and details of activity, such as braking or steering.

As well as offering reassurance to the public, the data would help police investigate incidents and support insurers’ claims investigations. If technology is at fault, the ABI says insurers should recover costs from the manufacturer.

It’s clear that driverless cars are no longer the stuff of science fiction. Indeed, the technology is advancing with speed and the fleet sector should be working alongside the insurance industry to ensure vehicle fault and accident data collection is a key prerequisite to a driverless future.

For the foreseeable future, drivers will remain liable, but it is great to see that The Department for Transport can now take the insurance proposals for automated vehicles forward into the Modern Transport Bill.

It is important that the UK is seen as a leader in revolutionising transport systems and it’s great to see we are already moving in the right direction when it comes to autonomous vehicles.