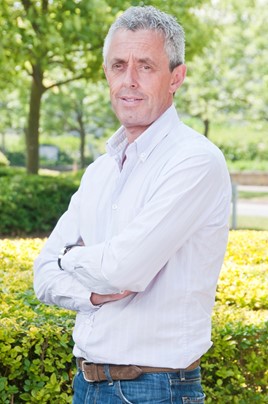 There are almost 39 million licensed vehicles on UK roads, each carrying a unique identifier. In an age of cameras policing every movement, it is critical in terms of law enforcement and the payment of charges.

But with around 9,000 Automatic Number Plate Recognition (ANPR) cameras photographing 25-40 million plates each day, the Government’s independent surveillance camera commissioner Tony Porter has suggested up to 3% could be ‘misreads’.

What’s more, around 12% of number plates on UK roads are cloned due to a failure by sellers to undertake due diligence on customers.

One of the main reasons why British Standards is due to introduce new number plate regulations – BSAU145e – is to improve the readability and reflectivity of the identifier by ANPR cameras.

Yet, as a supplier of some 1,200 pairs of plates a day to fleets, we fear the market, which should play such a critical role in enforcement, is broken. If it was working as it is supposed to, there would be no requirement for BSAU145d to be replaced.

There are just a handful of major number plate manufacturers producing components and finished products that then filter down to a plethora of sub-producers ranging from established High Street retailers to ‘bedroom sellers’.

They do not necessarily comply with any standard, but are looked over by the British Number Plate Manufacturers’ Association, and effectively self-certify to British Standards.

Subsequently, there appears to be a lack of control as to the quality of raw materials used in number plate manufacturing, and no licensing of end-sellers.

This lack of control, verification and policing of the entire UK vehicle number plate market should alarm the entire fleet industry.

Introduction of BSAU145e should be the launch pad for total enforcement of vehicle number plate regulations – potentially by the DVLA – that embraces independent testing and certification of product conformity and not self-certification, which some major producers are demanding.

My concern regarding self-certification is that the product tested and certificated may not necessarily be of a comparable standard to that sold.