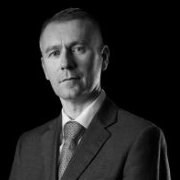 There was a sense of anticipation in the run-up to the Budget within Lex Autolease, among our customers and throughout fleet. Everyone was hopeful the Chancellor would bring some clarity, inject some confidence and give the country direction on its Road to Zero.

The early announcement of the continued fuel duty freeze was a welcome relief for businesses, but cuts to the plug-in car grant came as a surprise.

Rumours were circulating that the 2% BIK rate for pure electric vehicles might be brought forward. It wasn’t to be.

This is the longest that the industry has not had sight of four years of company car taxation. Without visibility beyond 2020/21, fleet decision-makers don’t have the confidence to build a strategy based around the average 48-month contract.

People are unlikely to commit without assurance that the costs won’t increase over its four-year lifetime.

Emissions values are effectively increasing, which has implications for company car tax and VED.

It is positive that more clarity will come in spring, but until then, uncertainty around the tax implications of WLTP will make it difficult for fleets and drivers to plan.

As significant purchasing decisions are being delayed and contracts extended until there is more clarity, new vehicle registrations are down.

More employees are also moving towards a less-regulated grey fleet environment, delaying the uptake of ultra-low and zero-emission vehicles.

Fleets have been early adopters of the latest, cleanest and safest technology, but ongoing concerns in the market are limiting their potential to bring about sustainable change.

Carefully managed choice lists and relatively short renewal cycles not only help organisations manage their own emissions, but can also contribute positively towards wider Government targets around air quality, as well as feeding the 36 million-strong secondhand market with newer, cleaner models.

Budget 2018 was a "waste of a golden opportunity", says ACFO

The Budget was a “waste of golden opportunity” to provide clarity and stability to fleet decision-makers on future company car benefit-in-kind tax rates, says ACFO.