Electric vehicles: Are EVs about to come of age? 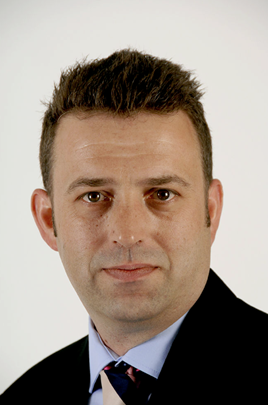 I have been reading the press coverage of the Paris motor show and there is one message coming through loud and clear – manufacturers believe the electric vehicle is about to take-off in a big way.

Several have been revealing their future EV plans over recent months but there were even more announcements at Paris from Peugeot, Vauxhall/Opel and Mercedes-Benz, which unveiled its Generation EQ concept and says that by 2025, it expects to have 10 different EVs in its model range accounting for 15-25% of sales.

However, two cars really stood out for me. The Volkswagen ID looks like a Golf reimagined as an uncompromised electric car. Promised in production form by 2020 – just four years away – it boasts a range of up to 373 miles and will be sold at what VW describes as “an attractive price”. You don’t need me to tell you such a car could be a game changer for EVs in the fleet sector.

Also announced, to much less fanfare but equally eye-catching, to my mind, was the facelifted version of the Renault Zoe. This is a car that many of you will be familiar with and which is available today at a reasonable price.

Now, however, it will have a substantial 250-mile range, which again marks it out as something really interesting. Perhaps for the first time, a small family EV with a relatively low purchase price and competitive running cost profile can be driven all day long, making it much more suitable for all kinds of use.

I have a suspicion that Paris 2016 might be the moment we identify when we look back and say, that was when we realised fleets would soon be using EVs in much larger numbers.

Certainly, you will soon be able to go out and order an enhanced Zoe while the VW ID is little more than an average fleet cycle away from the showrooms. If their pricing is competitive, there is no reason that cars like these should not become commonplace.

It could be the car you are driving now is the last you will have powered by an internal combustion engine. These are exciting times.