Cash for cars: Why diesel company cars are here to stay 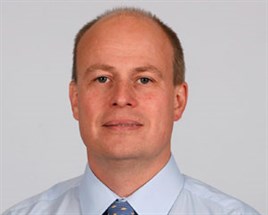 There has been significant talk about the merits of cash versus car, with the debate recently re-ignited by the Treasury’s decision to overhaul BIK rates.

Indeed, professional services firm KPMG has even gone so far as to suggest that this could cause “a shift away from company cars” post 2016/17 (Fleet News online, September 4).

While sub-75g/km vehicles face an unprecedented 15% hike between now and the 2016/17 tax year, petrol and diesel variants face increases too – albeit at levels to which we are more accustomed.

While it is true that ultra-low-carbon cars will lose much of their cost advantage over a cash alternative, the same is far from true when you examine the prospects for the fleet favourite  – diesel.

For the first time since the introduction of QUALECs (qualifying low emission cars), drivers of diesels can also look forward to a 1% reduction in BIK during 2016/17.

That year, the 2% increase in BIK will apply to all vehicles over 95g/km, but most company car drivers will see this wiped out by the removal of the 3% diesel surcharge.

What’s more, if the current pace of diesel technology development continues, we can expect CO2 emissions to fall at a faster rate than the increase in tax.

Fleet managers, therefore, could be forgiven for delaying any knee-jerk thoughts of tearing up the company car policy and handing over the reins to payroll and HR.