CO2 test is not fit for purpose 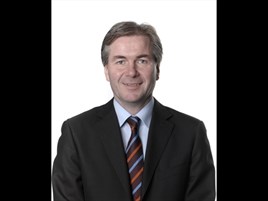 One of the leasing industry’s greatest attributes is its knowledge. Vehicle leasing ticks a lot of boxes for customers – it enables them to fix their costs, it frees up working capital and removes many of the hassles associated with vehicle ownership – but gaining access to fleet management expertise and understanding is a key benefit.

That expertise is built up from years of experience running millions of vehicles. It also relies on a lot of data. Accurate information is essential, especially when it comes to establishing a vehicle’s total cost of ownership or its day-to-day running costs.

This is why the BVRLA recently joined a number of other leading motoring organisations - including the AA and RAC Foundation - in signing a letter to Transport Minister Norman Baker, expressing our support for the introduction of a new testing procedure for establishing official car CO2 figures.

Fuel consumption and CO2 emissions values for new cars in Europe are determined via the type approval process, which currently uses the New European Driving Cycle (NEDC) procedure. Having been designed and put in place 30 years ago and with only minor changes since, the NEDC is now no longer fit for purpose.

The unrealistic drive cycle and variations permitted in the test procedure mean that the difference between official fuel consumption figures and real-world operational figures are too large.

A recent study from the International Council on Clean Transport (ICCT) showed that the average discrepancy between the two figures rose from less than 10% in 2001 to 25% in 2011. The increase was especially pronounced after 2007-8 when a number of European Member States switched to a CO2-based vehicle taxation regime and a mandatory EU CO2 regulation for new cars was introduced.

Worryingly, the data discrepancy could be even wider for typical company car fleets. The report included data from LeasePlan in Germany, which has a typical business fleet of predominantly diesel, medium-sized vehicles. It reported an average gap of 33%. Overall, the research found that some of the most popular fleet brands were responsible for the biggest discrepancies.

The implications are serious. From an operational perspective, it means that many fleets are using inaccurate data to calculate their running costs and carbon footprints and that some manufacturers have an unfair competitive advantage over their rivals.

From a wider policy perspective, the current situation threatens the whole drive towards lower road transport emissions. If people lose faith in the credibility of quoted mpg and CO2 figures, it will undermine government attempts to encourage the uptake of more fuel efficient cars. It could potentially weaken the leasing industry’s proud claim to be leading the way when it comes to reducing emissions.

The BVRLA supports the introduction of the new Worldwide Harmonized Light Vehicles Test Procedure (WLTP) as a replacement for the NEDC.  It includes profiles that more accurately match driving in the real world - including a new motorway mode – and limits the variations that manufacturers are allowed to use in carrying out the tests.

We would like to see the WLTP introduced by 2017 and also support the European Parliament’s proposal for introducing an extra certification process that would ensure that the mpg and CO2 values achieved on pre-production vehicles conformed with the values of vehicles that actually go on sale.

Adopting this new procedure would be a major improvement, but it may not solve all the issues we currently face, for example with obtaining accurate official figures for plug-in hybrid cars. It would undoubtedly result in major changes to leasing quotation systems, whole-life cost calculations and fleet policies.

Governments across Europe would have to take any major revision in car CO2 figures into account when reviewing their motoring tax strategies.

You could potentially end up with a scenario where a new model of a particular fleet car actually had significantly higher emissions than its predecessor. How would this effect fleet and driver choices, tax rates and residual values? Might these changes lead to a sudden increase in demand for ultra-low carbon plug-in cars?

We don’t know, but the BVRLA would work with both the UK and EU governments and manufacturers to try and reduce any negative impact on leasing companies and their customers.

What we do know is that fleets and drivers must have accurate information when choosing their vehicles, especially when it concerns fuel efficiency and emissions. The leasing industry has a proud tradition of leading the campaign for published van CO2 figures and calling for more real-world operational data on electric vehicles. We won’t abandon those principles now.