Cost management: Fuel will be No1 cost priority in 2014 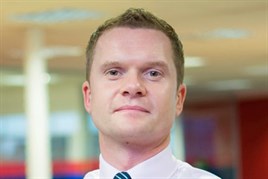 Many companies will still be keenly focused on controlling operating costs during the year ahead despite the encouraging economic noises coming from the Government regarding the economy, and we believe fuel will be a number one priority for many.

Tighter fuel cost management will continue to be high on the agenda for many fleets, and although the cost of fuel might have stabilised currently, with the Chancellor freezing the planned fuel duty rise this year, we don’t believe that should lull fleets into a false sense of security.

Over the past five years, the cost of fuel at the pumps has risen 50% – while over the past two years it has gone up by an average of 18%. We don’t expect anything to deflect prices from a continued upward trajectory.

So what can fleets do? One answer is to consolidate fuel costs through a fuel card to reduce administration and benefit from lower prices.

This will also help fleet managers be more organised with their fuel cost management and be able to track expenditure patterns more clearly.

Another option could be to consider reducing engine sizes across the fleet to minimise the impact of fuel increases.

Current technology developments allow satisfactory and, in many cases, outstanding performance to be produced through much smaller and more frugal powertrains.

Fleet managers should therefore look at engine downsizing across the fleet as a matter of priority.

At the same time, getting the message across to drivers that further savings are contained in their right foot can also pay dividends in lower fuel consumption and costs.

EVs such as the Nissan Leaf and BMW i3 have the potential to bring significant savings both to fleets and company car drivers in terms of running costs and BIK.

Where range might remain an issue, plug-in hybrids or range extenders such as the Vauxhall Ampera and BMW i3 REX might be a possibility, although these typically come with an upfront premium and there is a cost-benefit equation to be considered.