Driverless cars: Who is driving this thing? 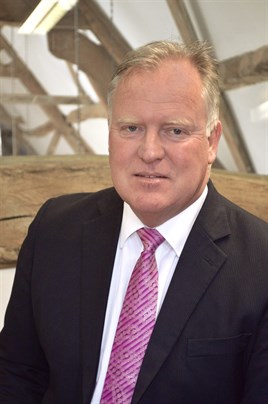 Martin Wedge of OVL Group comments about the apparent drive towards driverless vehicles.

Just when fleet managers and drivers thought the Department of Transport had handed down its latest edict on driver distraction, Ministers go and announce that driverless cars will be allowed on public roads from January next year.

I know it is news silly season, but have I missed something here? Not one report I have read about this latest proclamation has shed any light on the benefits of such a move, begging the question – who is driving Government policy when the Department of Transport seems to be at odds with Vince Cable’s business agenda?

Presumably, the Government - which has also invited cities to compete for the £10 million to host one of three 36-month trials of the technology, and ordered a review of the UK's road regulations to provide appropriate guidelines – believes such modes of transport will liberate us to ‘work on the go’ as our own so-called ‘back seat drivers’?

This is of course the polar opposite of what it has been trying to do in terms of stamping out smart phone use behind the wheel.

Cable said last week: "Today's announcement will see driverless cars take to our streets in less than six months, putting us at the forefront of this transformational technology and opening up new opportunities for our economy and society."

What he failed to say was ‘how and why’ so fleet managers will have to rip up their health and safety and risk guidelines until such time as millions of pounds have been spent on consultations to highlight the business case in favour of cars that can ‘do it for themselves’.

Perhaps it means that we no longer have to go to the meetings but the next generation of Mondeo Man will simply send the car instead?

Apparently, UK engineers have already been experimenting with driverless cars, but, concerns about legal and insurance issues have thus far kept them off the road while other countries have more swiftly got ahead of the game.

In California alone, Google's driverless car has done more than 300,000 miles on the open road and last year Nissan carried out Japan's first public road test of an autonomous vehicle on a highway. From 2017 Gothenburg has given Volvo carte blanche to test 1,000 driverless cars.

Mountaineers used to argue that they climbed Everest ‘because it as there.’ Likewise, the Government needs explain its ‘brave new world’ vision with greater emphasis upon the reasoned ‘why and how’ rather than simply focus upon the ‘because we can’ or ‘because everyone else is doing it’.

Like GM crops, let’s at least have a grown up debate about whether or not we need or want driverless cars.