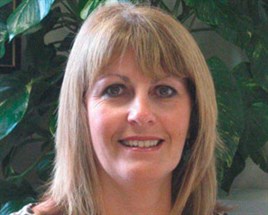 Having been actively involved in the insurance counter fraud industry for 20 years, a lot of that time focusing on both the commercial and personal motor sector, I am often asked whether I feel the industry has finally got its act together in respect of how it tackles fraud.

There is little doubt that great steps forward have been made, particularly over recent years with the creation of the Insurance Fraud Bureau (IFB) and the City of London Police’s Insurance Fraud Department (IFED) and, yes, it’s a fact that effective fraud management has finally found its way into the language used by claims directors, CEOs and such people of influence in the insurer world, but do we really think that that’s ‘job done’?

There is no thoughtful pause in my response to this question – more a resounding ‘no’.

There are various statistics available which tell us how big a problem fraud is to the UK economy and specifically to the insurance sector.

The commercial fleet sector recognised some time ago its exposure to fraudulent claims activity and it certainly occupies a chunk of these statistics.

But in my opinion, statistics are just intelligent estimates.

No one really knows how many fleets are being targeted, how many claims are fraudulent and how much money is being fraudulently claimed.

I can only comment from a fraud management practitioner’s perspective from what I see, touch and feel on a daily basis – and that is that the claims process remains a land of milk and honey for those intent on taking advantage of it.

I like to think of myself as a pragmatic realist, but where there is organised criminal activity, there is a significant profit to be made, usually at a lower level of risk.

Despite the good work which continues to be done, fraud will remain a festering open sore on the overall claims process.

Only by working together sharing information, applying a proactive identification and investigation strategy and maintaining a steely determination can we play the organised fraudster at their own game – I remain optimistic that my thoughtful pause will one day disappear.