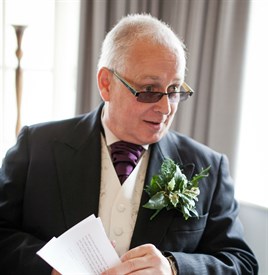 It is rarely a single event that creates a tragedy and when you look at the following scenario you quickly realise how crucial training, education and co-operation is for a company.

Brian, aged 53, was an experienced LGV driver of some 19 years and had worked for three different transport companies over this period.  At work he was a little bit militant and had always been reluctant to discuss any personal issues with his Fleet Manager.

He was nevertheless hard-working and keen to do as much overtime as he could because he was under financial pressure at home. He drank a little too much alcohol and was being monitored by his GP over the past 18 months for being a borderline diabetic.  He had been advised by his GP to eat small amounts of food but regularly throughout the day to maintain his blood sugar level but had never declared this to his employers.

Brian felt that they seemed less interested in staff welfare and more in targets and profitability. Personnel records were not well maintained by the HR Department and there was no system for carrying out random drug/alcohol tests on the employees.

On the date of this incident Brian was running late. He’s been out drinking the night before and had overslept. He hadn’t eaten breakfast nor had he taken anything to work to eat during the day.  When he arrived at the depot the Fleet Manager told him that he had to go straight out on a run. Brian complained that he hadn’t had breakfast but this fell on deaf-ears and he was told to shift his backside and get the vehicle out on the road.

Brian was now in a bad mood so he decided not to carry out any checks on his vehicle prior to leaving the depot and he was on the road by 07.35 am en route to the first of four delivery stops.

He was unaware that the vehicle he was using had been in the workshop to have a couple of faults investigated including an issue with the brakes.  The vehicle engineer had been in the process of checking this fault when a telephone call had taken him away from that task. When he returned to the vehicle he forgot to complete the fault with brakes and mistakenly signed off the vehicle as being roadworthy.

The weather on this particular morning was awful with heavy rain and gale-force winds sweeping across the UK. Several weather warnings were in force including one advising high-sided vehicles not to cross road bridges or very exposed carriageways. The Fleet Manager was aware of these weather warnings but had not told Brian prior to leaving the depot. He’d been too busy!

Brian was approaching the outskirts of a busy market town at 09.50 am and was having difficulty with keeping his vehicle steady because of the high winds. His blood sugar suddenly dropped, because he had not eaten anything for nearly 10 hours, and he lost control of the vehicle.

At exactly the same time a gust of wind added to his problems and he hit the central reservation of the dual carriageway. In doing so he collided with another vehicle which was overtaking him. The driver was using his mobile phone and was slow to react. The result was a collision involving 7 other vehicles in which two people were killed and four others seriously injured. Brian was unhurt physically but was later diagnosed with PTSD as a result of the trauma of the accident. He would be unlikely to return to work ever again.

There are serious criminal and civil legal implications involved in this incident so the question is who should shoulder the blame for what happened and what steps should be taken to prevent it from happening again?

The issues raised by this scenario are the very things that need to be part of the company education programme which should include the drivers, vehicle technicians, Fleet Managers and the Directors. Get everyone in the classroom on a regular basis, discuss the issues, explain the legal responsibilities owed by all those in the room and work out a plan to prevent this from happening.

You can be sure that when a company is not thorough in addressing these issues a lawyer will inevitably end up dissecting them piece by piece. Prevention is much the better option!