Was this article useful?
277 people found this useful 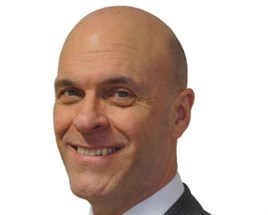 Despite a new driving licence design coming into effect this month, there remains one area of it that’s still likely to cause drivers and fleet managers problems: the 10-year photograph expiry date.

This past year, in my capacity as a motoring law solicitor, I’ve heard of a number of instances where 4b on the licence has caused confusion. It’s the date at which your photo expires or, as the reverse of the licence puts it, ‘licence valid to’.

However, this is where the confusion starts as it suggests the licence itself expires on that date, which it doesn’t.

To find the actual expiry date, look at column 11 on the back of your licence where the date printed commonly coincides with your 70th birthday.

Worryingly, the ‘confusion’ has led to some police forces threatening to impound vehicles for not having valid driving licences, and to driving instructors turning away motorists from driver improvement courses because insurance companies claimed they were not covered without ‘valid’ licences.

Having contacted the DVLA, I can confirm that the date at 4b is when only the photo expires. Your licence remains valid until such time as the DVLA revokes it, and that requires written notice.

Contrary to some police officers, out-of-date photos do not invalidate licences.

The actual offence committed is failing to notify DVLA of up-to-date information, contrary to s.99.5 of the Road Traffic Act. Not, as has been suggested, ‘driving otherwise than in accordance with a driving licence’.

Failing to update your photo is a non-endorseable offence although it could carry a fine.

When carrying out annual checks of employees’ licences, fleet managers should ensure that photos are valid.

This will avoid the need for legal advice if an overzealous police officer attempts to seize the vehicle or, if following an accident, an insurer refuses to indemnify.

Companies could also face allegations of aiding and abetting if the offence is committed by employees driving on company business, whether in their own vehicle or a company one.