Lifting the lid on a £14bn industry 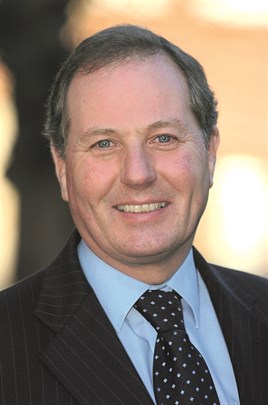 Aside from a sticker in the back window or a logo on the numberplate, most leased or rented cars, vans and trucks are indistinguishable from any other vehicle on the road. This is what customers want, but it does mean that the vehicle rental and leasing industry is not a particularly visible one.

Anyone making a circuit of the M25 or driving from Birmingham to Manchester on the M6 will pass thousands of leased and rented vehicles, carrying thousands of people and products, but they will be none the wiser.

As a representative trade body responsible for campaigning and lobbying on behalf of our members, it can be a challenge explaining just how big the industry is. We often have to resort to throwing in the names of some of our larger, better-known members – Alphabet, Avis, Europcar, Hertz, LeasePlan, Lex Autolease, Northgate or Ryder, for example – but this still doesn’t give people an accurate perception of the scale and scope of the whole sector. This is an issue because, when it comes to fighting the corner for your industry, size does matter.

We have now addressed this problem. A major new study from respected research organisation Oxford Economics provides the vehicle rental and leasing industry with some excellent credentials.

So what is the big picture?

The vehicle rental and leasing sector contributes around £14bn a year to the UK economy. This is equivalent to £1 in every £90 of UK GDP or the combined local economies of Bath and Bristol.

This figure takes into account the operations of the industry itself, the UK-made vehicles and engines it purchases, the activity of UK dealerships and its impact on the used car market.

This economic activity supports over 183,000 jobs, or 1 in every 175 in the UK. In the process, the sector generates around £2.8 billion of tax revenue per year.

The UK automotive sector is proudly extolled as one of this country’s few manufacturing success stories. Vehicle rental and leasing companies are among its largest customers, purchasing an estimated 220,000 vehicles in 2011 – 15% of output. This expenditure is estimated to have supported a £2.4 billion contribution to GDP, 52,000 jobs and £810 million in tax receipts.

In the same year, the vehicle rental and leasing industry’s expenditure on foreign-made vehicles containing UK-made engines is estimated to have generated a £349 million contribution to GDP, 7,600 jobs and £120 million in tax receipts.

The vast majority of this business is conducted through motor dealers. In 2011, the sector purchased £11.1 billion of foreign-made vehicles from UK dealerships. This activity supported a £98 million contribution to GDP, 2,000 jobs and £31 million in tax receipts.

There is also a positive environmental angle to this activity. The industry can rightfully claim to play a leading role in driving down emissions. At 123g/km, the CO2 emissions of the average lease car registered in 2012 was more than 20% cleaner than the average car on UK roads.

Not everything is measurable, but the researchers at Oxford Economics have established that the sector makes a major contribution to the efficiency with which the UK economy works.

As well as giving businesses access to modern, fuel-efficient vehicles, fleet management services and lower capital costs, vehicle leasing can also provide a range of ‘housekeeping’ services, including maintenance, insurance and road tax – freeing up resources and working capital for other tasks.

It reaches every sector of the economy, from manufacturing and construction to retail and health. The research helps us to dispel the myth that vehicle leasing is predominantly used for tax-efficiency reasons by big business fleets. Two thirds of the industry’s business customers are SMEs.