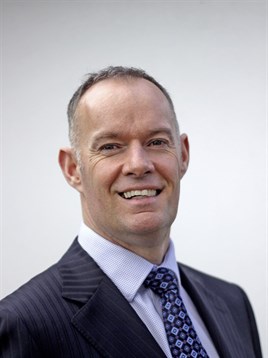 The dangers of using mobile phones while driving have been well documented.

In 2008, a study by Transport Research Laboratory showed that texting while driving could decrease reaction time by 35%, compared to 21% for smoking cannabis and 12% for being at the legal drink-drive limit.

In 2013, a truck driver was seen deleting texts from his phone after he had been involved in a crash that resulted in the death of a 13-year-old girl.

That case illustrates the central message in this article – we know the use of mobile phones slows our reaction times and we know we shouldn’t use them while driving, but yet a lot of people still do. The question, then, is why?

In some cases, but by no means all, the problem can be attributed to employers who want to be in contact with their drivers all the time but, in the main, it’s more to do with the modern phenomenon of social media and the habits that it can instil in us.

A lot of people will have had the experience of putting something on social media and then thinking ‘let’s see if that post gets any likes or increases our followers’.

There is a natural desire to be in contact with other human beings because we are social creatures, to the extent that it can often override our use of common sense.

For many of the under-50 generation, there is a natural tendency to answer a text as soon as it arrives, despite the fact that the sender won’t even know if the phone is even switched on.

It’s one of the most basic and powerful examples of behavioural conditioning in modern life. At that moment when the phone rings, buzzes or bleeps, it’s almost as though we have no other option but to answer it or reply to the text.

The conditioning itself takes place easily. As stated before, we’re naturally social creatures, so our reward for answering the phone is social interaction and, although a small reward in itself, it’s enough to condition us to respond to the phone in preference to continuing to deal with the situation we’re in.

In some cases we want to initiate the call to activate the social interaction and the same behavioural influences are brought to bear. We’re effectively rewarded for our efforts.

Even drivers who don’t actually use mobile phones when they drive will be aware of that moment when either the phone rings or there’s the buzz of an incoming text, which takes their attention off the road for a split second.

That leaves us with the problem of what to do about this situation. For responsible drivers, who are likely to have had some form of advanced or defensive driver training, it’s simple – it’s instinctive to turn the phone off when driving and let that voicemail function do what it was designed to do all along.

But, trained drivers or not, it’s vital that businesses robustly apply their mobile phone policies, even if it means using negative reinforcement to reverse the conditioning effect and improve driver behaviour.

he use of mobiles while driving, particularly hand-held, should be a disciplinary offence for the employee, with all the consequences which that brings.

Also, I don’t believe I’m alone in saying that we need to outlaw the use of mobile phones entirely while driving, whether hands-free or not.

Until that happens there should also be far heavier penalties nationally for the illegal use of hand-held mobiles and rigorous application of the ‘dangerous driving’ offence when they clearly play a contributing part in a collision.

In addition to legal penalties there should also be social penalties. Anyone who uses their phone while driving should be made aware that it is unacceptable in the same way that drink-driving is reviled and the use of seatbelts, for the vast majority of drivers, is second nature.

Sadly, mobile phone use on the move is a relatively new phenomenon in terms of human behavioural development and change won’t happen overnight, but the fleet industry can play an important role in getting this message across and helping this essential attitude shift to occur.