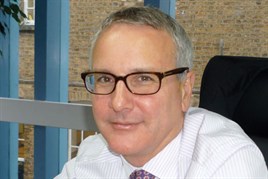 There has been a great deal of comment on the subject of vehicle pre-registration recently, which has been fuelled by claims the UK is experiencing particularly high levels of activity.

The final quarter of the year is the time that one would expect to start feeling the effects of this.

However, I believe there are two reasons why there is no need for alarm just yet.

One of these relates to the scale of the figures being suggested and the other to the opportunities that pre-registration could open up.

One somewhat startling statistic is the claim that 30% of vehicle registrations in Germany were pre-registration, amounting to 500,000 vehicles in the first half of the year.

Some commentators have suggested that a similar level is evident in the UK.

If so, this could potentially lead to pressure on the value of nearly-new vehicles, and a knock-on effect for older used vehicles.

However, while there is some anecdotal evidence of an increase in pre-registrations, and this may well have been accompanied by an increase in manufacturer-registered vehicles, I can find no evidence that this is happening on the scale suggested by these reports.

It is likely that the final quarter will see some increase in the volume of pre-registration, but I still cannot see this having a major adverse effect on the used car market.

In fact, there is currently something of a shortage of used car stock of all ages. In this climate, some increase in the supply of nearly-new vehicles could have a positive impact by easing the pressure on used vehicle supplies, while creating a new avenue for consumer demand.

Of course, the lack of clarity surrounding the true figures means the state of play is often difficult to gauge.

With this in mind I would urge greater transparency. Only by being armed with the facts can we truly measure the extent of the practice, and take the most effective course of action in response.