On the spot fines: Protecting drivers or cynical money spinner? 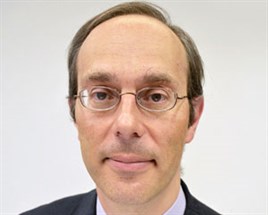 It also revealed plans to increase fixed penalties, bringing them in line with similar non-motoring charges.

The Government said the changes were intended to protect the lives of innocent people, and create consistency across the board for other offences of the same level of severity.

But are the changes really about protecting us, or are they simply a cynical attempt to raise much-needed revenue by a cash-strapped Government?

One of the reasons for the re-classification of the offence is to reduce bureaucracy.

The Government estimates savings of £12.2 million, £4.6m and £5.4m respectively by the police, criminal justice system and Crown Prosecution Service.

At the present time, there are no detailed guidelines available to officers on what actually constitutes the offence of careless driving, despite calls for clarity by the Freight Transport Association.

The Government’s statement on the changes indicates that it will also be possible to appeal any decision, which suggests drivers must accept the fixed penalty notice when challenged.

In fact, drivers can choose to accept the three points and fine, or await a summons and contest the matter in court.

Perhaps this is a genuine error, but an alternative perspective is that the Government hopes to encourage the public to accept fixed penalties and on-the-spot fines, rather than challenging police assertions in court.

When the projected cost savings of keeping these cases out of the courts are considered, this slightly cynical view becomes more reasonable.

I expect to see many drivers contesting allegations of careless driving in court, rather than accepting the fixed penalty and fine.

If that does prove to be the case, there’ll be a significant knock-on effect on the Government’s savings plans, although it does stand to gain in the longer term if the majority of drivers pay up and take the points.