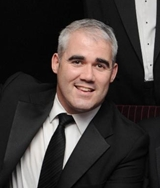 Patrick McGillyguddy, head of fleet at Skoda, looks at the career of fleet management.

There are some jobs that make up the fabric of school careers offices; accountant, lawyer, doctor, teacher, builder, plumber and so on. Then there are the jobs which most of us do, but didn’t have flagged up when we were at school and I’m pretty sure that the role of fleet manager is one of these.

In reality, I’m not sure kids should grow up with an unerring focus on reducing transport costs drilled into them at school. However, I do think that the fleet industry as a whole could do a better job of promoting itself to school and university leavers.

Both the Institute of Car Fleet Management and ACFO do great jobs, but both focus on helping fleet managers already doing the job, rather than promoting the industry to those entering the jobs market.

Part of the issue here is that for those running smaller fleets, the role of business car manager is unlikely to be their sole job. More often than not it will be the company secretary’s job, or perhaps within HR or accounts. In a job that focuses on costs it doesn't always make sense for there to be a full-time dedicated fleet manager if, in reality, running a fleet of 25 cars takes only a couple days a week.

However, the responsibility of being a fleet manager shouldn’t be underestimated. Not only is keeping business costs down a serious and important task, but there’s the safety of staff and the environmental costs to consider too.

Highlighting some of this to those entering employment for the first time may just put fleet management on a the radar of a few more students.

Couple these responsibilities and challenges to the fact that you are dealing with cars and people all the time and that appeal could rise further.

With those working in fleet management, generally not having set out to end up in it, rarely are they trained for the job. Yes, the ICFM and ACFO can help with this, but if you’re running a small fleet it’s also worth asking your suppliers for help.

Over the past few months, and continuing into 2015, we’ve been talking to more and more fleets and businesses consulting on their needs, and have given useful, productive advice to fleet managers.