Recycling: We need a system for EV dismantling 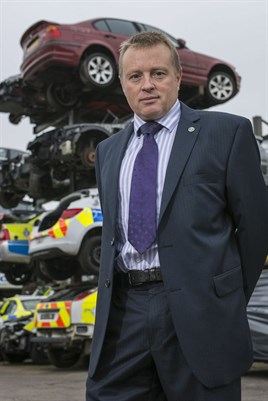 Jason Cross, managing director, FAB Recycling, looks at the other end of the 'green' product line.

We recently received a Mitsubishi I-Miev, with a damaged front and rear from a collision. The I-Miev ’s floor-sized battery, motor and box, which sits just in front of the rear axle, was still good for reuse but we had no distribution chain to sell the parts into.

The Society of Motor Manufacturers and Traders estimates something approaching 100,000 electric vehicles and hybrids currently in circulation on the UK’s roads.

Starting out with just a handful of electric vehicles (EVs) a few years ago, over 500 were sold in July and a further 234 in August, more than double the numbers sold during the same months of 2013.

And just under 19,000 hybrid vehicles were sold in the UK last year, up 44% on 2012. More garages are offering ‘plug-in’ places, while mechanics will soon have to master battery recharge, alongside battery replacement.

However, while demand is growing, there’s no corresponding dismantling process for hybrid and electric vehicles – ironic for all those motorists who believe they are aiding the environment by buying an EV/hybrid.

The industry urgently needs to create a viable pre-owned parts market if it is to move with the times.

For a start, manufacturers should consider an option for pre-owned and reconditioned parts in their warranties.

This will help the industry meet emissions targets, and foster a hybrid/electric parts distribution network. People who drive EVs have as many accidents as those driving combustion engine models, but they can’t get hold of reasonably-priced, pre-owned parts.

A customer of ours has recently ordered 100 electric vehicles. They know our staff are specially trained to dismantle EVs, which contain lithium-ion batteries with a charge of up to 700v.

But most authorised treatment facilities do not have such in-house skills and, even if they did, there’s currently nowhere to sell on perfectly usable, safe parts.  We’re doing our bit, but where is the rest of the chain?

The car dismantling industry must shift up a gear if it’s serious about helping to fully engage EV motorists with becoming green in every sense.