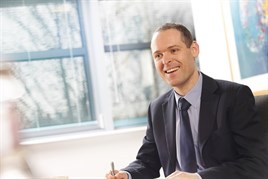 Over the next 12-18 months, the number of three- to four-year-old cars being remarketed is expected to increase, as the effects of low fleet sales during and immediately after the recession come to an end. Many in the industry are increasingly nervous about the impact this will have on residual values (RVs).

Most in the industry agree that strong RVs have been enjoyed in recent times, and great performances have been seen when compared to prudently-set forecasts made some three years ago.

Shortage of supply has enabled vendors to sell anything in any condition through auction as independent dealers starved of stock battled to get any used vehicles for their forecourts. As a consequence, the difference in auction price between cars in very good condition versus those in need of fairly significant body repair is now at a low point.

Ultimately, the supply of vehicles into UK wholesale channels is somewhat predetermined, driven by the number of vehicles sold into fleet historically as well as new car sales volume – itself dictated by budgets set in the preceding year.

Latent demand is linked to affordability, and so price is the arbitrator between these drivers of supply and demand.

This creates an opportunity. Where fleets have not contemplated refurbishing vehicles prior to auction in recent times, falling realised prices for poor condition vehicles may again make this financially viable. In a similar vein, fleet companies may rightfully pass on some of those costs to drivers in the form of higher penalty charges for damage.

In summary, as supply increases, condition will become of increasing importance to RV performance and steps should be taken in order to ensure that this is mitigated.