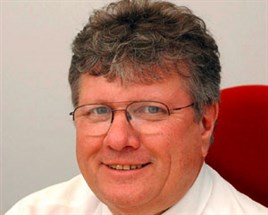 I’m hearing that lease extensions are back on the agenda and, quite frankly, it worries me that fleet operators and managers are, once again, starting to think along those lines.

Of course, I can understand the reasons why.

Many businesses are reluctant to commit to capital investment in the current financial climate and, despite all the talk of over-production in the automotive industry, lead times on many core fleet models are growing, not shrinking.

But that’s not a good argument for sitting on your hands and doing nothing.

Let’s look at the economics, for a start. Whether you’re an operator or a fleet manager, any finance plan you’ve taken out will have been structured by the provider around the chosen lease term and likely mileage.

Everything, including the all-important residual value of the vehicle, hangs on that; so why muck around with it? It’s just going to cost you more in interest charges and maintenance.

The only possible reason for hanging on to a vehicle would be if residual values were rising.

But they’re not and, if they were, it’s most likely the finance company that’s going to take the profit anyway.

I realise that doesn’t solve the lead time problem, but your vehicle supplier should really be working with you on that long before the cars come to the end of their lease. If it is not, get another supplier.

A friendly word of warning here: don’t be bounced into taking the wrong-spec cars just because they are available or because the deal looks good on paper.

That could really hurt you on residual values when it comes to resale time.

There’s another sound, financial reason for not extending your lease; overage and over-mileage cars are just not selling right now.

Professional buyers can afford to be picky in the current market and they’re not going to take a risk on anything that has doubtful resale appeal.

Meanwhile, the market for sound, well-looked after ex-fleet cars is extremely healthy and stock remains in short supply.

Don’t wait until everybody else jumps on the bandwagon; by the second half of the year, the market could look very different.