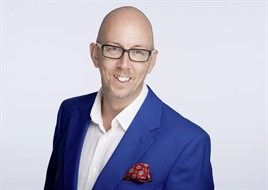 The surge of interest in motivating an uncompromisingly green future seems to fall short of expectation in the UK; we are still at the tail-end of the evolutionary concept in comparison to the rest of the EU. Is this a surprise? No.

The economic severity and the coalition government have both resulted in a decrease in the availability of green funding with the Prime Minister recently boasting of saving SMEs millions of pounds each year by abolishing ‘needless regulations’, instead using a more cost-effective approach.

This statement rocked the UK Green Building Council with chief executive Paul King referring to the Prime Minister’s speech as “damaging and irresponsible”.

The pessimistic approach by the Government doesn’t seem to have had a detrimental effect on the concept of going green for a large proportion of the SME community.

In a survey carried out by Lloyds Commercial Banking, an impressive one-quarter of those SMEs are focusing on environmental responsibilities and sustainability in 2014.

Without financial support, the transition is likely to be a challenging one, particularly for the construction industry.

With energy bills continuing to increase and the Government’s green deal focusing only on properties that haven’t been built or renovated within the last three years, it means the construction industry needs to adapt and establish its place within a sustainable environment, tackling efficient energy management, waste control and resourcefulness while undertaking challenging economic issues. And it has to do this almost completely independently.

This is being brushed over by the Government, despite the EU stating that 15% of all energy should come from a renewable source by 2020.

It is likely that unless SMEs are able to successfully embrace a greener ethos, their position in the modern world may be jeopardised; the construction industry alone accounts for around 10% of the UK’s gross domestic product and almost three million jobs.

Less financial help from the Government is likely to do more damage to the economy than good.