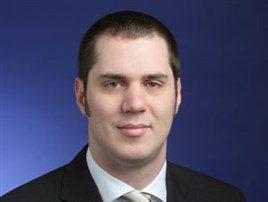 The recent successful appeal by Cheshire Employer and Skills Development (formally Total People) at the Court of Appeal has not, as yet, produced the deluge of claims to HMRC that might have been anticipated by such an event.

The main reason is the nature of the judgement itself which has resulted in HMRC’s subsequent stance to be that the result was a one-off based on specific facts and that any further claims would be refused.

This has clearly led many employers, wary of lengthy court proceedings, to adopt a wait and see position.

It should also be noted that, at the time of writing, HMRC are still within the 28-day limit with which to lodge an appeal with the Supreme Court, though they have indicated they currently do not intend to do so.

Employers are still hampered by uncertainty around their ability, internally, to collate sufficient historic records to support a claim to HMRC. However, with potentially sub-stantial refunds of employers’ NIC at stake, this should not be a deterrent.

In addition, there is a minimal amount of information required to lodge a protective claim

.Some employers may not understand the facts surrounding the case sufficiently to confirm whether their policies match the fact pattern of the Total People appeal.

Despite HMRC’s position that the result of the appeal did not set a precedent, employers who have been offering their employees who cover business mileage a cash allowance in lieu of a company car, and reimburse mileage at a level lower than the HMRC Approved Mileage Allowance Pay-ments (AMAPs), should consider whether a protective claim is appropriate.

While the floodgates have not been opened by the Total People case, now is the time to consider submitting a protective claim.

For NIC purposes, a claim can date back six years from the date of submission, so in this case, sooner really is better than later.

KPMG’s NI efficient travel (NET) plan is supported by software that enables the payment of cash allowances while benefiting from the tax and NI benefits of AMAPs.