The costs of mobile phones and fleet driving 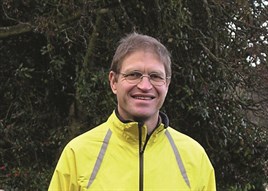 An Australian friend, Richard Schuster forwarded me the following story from the Automotive Fleet publication, February 16, 2010 – having been ‘blown away’ by the $7.5M in settlements by the fleet’s insurer.

An insurance company has agreed a nearly $5 million settlement in the case of a North Carolina woman who in 2007 struck and killed two bicyclists while driving a company car. The driver, Sharon King, was allegedly using her mobile/cell phone at the time of the collision, which killed Tom Hoskins and Lee Ann Barry. King pleaded guilty to reckless driving in a South Carolina court.

King was driving a company car, according to ‘The State’ newspaper. Although The State does not name King's employer, the newspaper does note that it was ‘the company's insurance at issue’ due to the fatal consequences of King's ‘negligent’ driving. As such, it is the company's insurance carrier who will be paying $4,999, 900 to the estate of Tom Hoskins. Additionally, last December a judge approved a separate $2.5 million settlement in South Carolina civil court for the death of Lee Ann Barry.

Lawyers for the two bicyclists' estates allege King was talking on her cell phone at the time of the accident. They presented King's cell phone records and a statement from the woman with whom King had been speaking saying she heard the crash over the phone line as evidence that she had been distracted from the road due to her mobile phone use.

South Carolina does not currently restrict texting or talking on a mobile phone while driving, though state lawmakers recently discussed banning handheld mobile phone use while driving. Whether or not the state legislature successfully institutes any prohibitions on cell phone use while driving, it is clear that companies should not wait on legislation before implementing employee safe cell phone use policies. King's case amply demonstrates that the costs of distracted driving on company time are simply too high.

In response to the story, Dr Will Murray, Research Director at Interactive Driving Systems said:

‘All organisations requiring their people to drive on work business, irrespective of vehicle ownership, should have robust policies, processes and procedures in place regarding the use of mobile communication devices – including those provided by the organisations and any personally owned devices."