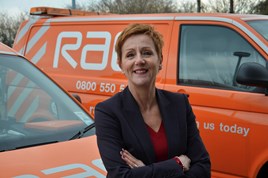 The condition of the UK’s roads has been declining substantially over the past 10 years, according to the RAC Pothole Index.

At the RAC we see at first hand the damage wrought on our customers’ vehicles so we have taken a close look at breakdown data stretching back for more than a decade. The result is the RAC Pothole Index, which shows our patrols are called out to twice as many pothole-related incidents now than they were in 2006.

This obviously paints a very disappointing picture with the analysis suggesting that the quality of the UK’s roads suffered a steady decline from the start of 2007 through to the end of 2009, presumably due to lack of investment in maintenance and resurfacing during worsening economic times.

Since then, we have seen injections of short-term funding which have gone some way to address the immediate aftermath of periods of extreme weather, but sadly have not been sufficient to tackle the underlying problem.

In short, we’ve had to put up with a ‘make do and mend’ approach, when what is actually needed is imaginative and bold action now in order to address the underlying deficiencies in local roads.

So although existing funding arrangements are complex with central and local government sharing the cost, the RAC would like to see local roads given the same priority and treated as a strategic asset.

Every fleet manager and business owner is only too aware of the cost to their operation of vehicle damage caused by potholes, which can range from punctures to damaged shock absorbers and broken suspension springs.

That is why, with a new Prime Minister and a Secretary of State for Transport now in place, it seems like the perfect time for them to demonstrate that they understand road users’ concerns and transport spending priorities.

Looking at the bigger picture, without local roads that are fit for purpose the benefits of the Government’s investment in national transport infrastructure may never be fully realised.