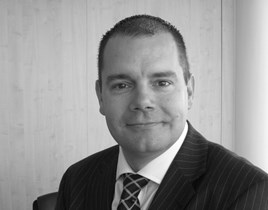 “The consultation from the HMRC does provide some further clarification about the changes being made for the future tax treatment of benefits in kind. However, for employers that provide car related benefits through a Salary Sacrifice scheme, there are still many unanswered questions.

The aim of the consultation paper is clear in that the HMRC are seeking to stem the tax losses incurred by certain Salary Sacrifice schemes, with the example in the document being mobile phone provision. However, what HMRC appear to have missed is that the tax treatment of all cars provided under Salary Sacrifice is very different and is already taxed as a company car. The principles put forward in the document simply do not take this into consideration and if applied in their current form would lead to two company car drivers who drive the same car being treated differently, simply because one driver is making a contribution to the cost of the car through gross salary. It is therefore crucial that we continue to work with HMRC during the consultation period to ensure this is understood. If not, cars could become an unintended target of the legislation as it currently stands.

It should also be noted that if the principles put forward are applied in their current form, it is the lowest CO2 vehicles, or Ultra Low Emission Vehicle (ULEVs), that could be hit with the highest bill; when in the same week HMRC are also seeking consultation on fairer company car tax treatment for these lowest emission cars. This example alone underlines the possibility for different tax treatment for what amounts to the same benefit – a company car.

We will also continue to illustrate the added benefits of Car Salary Sacrifice. Not just as a result of increased new car registrations, but the environmental credentials. Evidence shows that Salary Sacrifice Car registrations are 21 g/km less than the average and also allow employees who may otherwise not consider a new car to replace their older, more polluting vehicle. Should this not be considered a ‘health related benefit’ as identified in section 3.4 of the paper?

What is perhaps most pressing to address are the timescales of the Consultation. With a closure date of 19th October 2016 and HMRC seeking to introduce new measures in April 2017, it will be a real challenge for businesses to test, adopt and introduce tax/P11D, or any payroll changes in that time. With cars already attracting benefit in kind in a tax regime that was introduced in the early 2000s, HMRC should re-consider its timings and the generally applied principles more carefully.”