ULEVs: Get on board, or fall behind competitors 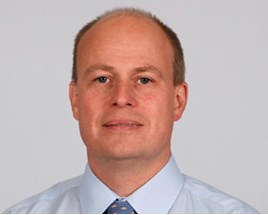 2015 is likely to go down as a pivotal year for ultra low emission vehicles (ULEVs) as the SMMT announced that plug-in vehicle sales in the UK increased fourfold in the first five months of 2015.

In the first half of 2015, more plug-in vehicles were registered than in the whole of 2014, demonstrating a growing appetite from drivers and increased supply from manufacturers to meet this demand. The acceleration of the market for plug-in vehicles shows no sign of slowing and, what’s more, there are some exciting new plug-in vehicles on the horizon which will no doubt increase this ULEV population.

Our recent Lex Autolease Report on Company Motoring 2015 reflected the significance of environmental considerations and the need for ULEVs. Almost 80% of fleet managers reported that the environmental impact of their fleet was “important”, with nearly three-quarters saying this has increased in the past two years.

While this news is very positive, it comes with a warning:  many fleet operators are not fully prepared for the arrival of plug-in vehicles on their fleets, despite the current growth in the market. With Lex Autolease’s customer fleet now comprising almost 1% plug-in vehicles, strategies and policies need to be put in place.

Consideration should be given to how and where employees will charge the vehicles. Will the company or the employees provide chargepoints, or does the onus fall on both? Will the vehicle allocation and choice lists be driven by wholelife cost calculations?  How will ‘fuel’ be dealt with – does a company want to provide the employee with much of the fuel benefit to promote ULEVs, or does it want the cost savings?

If strategy and policy changes are planned, the transition to plug-in vehicles can be simple and positive. It can link in with company travel and environmental strategies, reducing the carbon footprint and operating costs of a fleet.

The fact that nearly 35,000 plug-in vehicles are now on UK roads shows that the growth of this fledgling market is beginning to gain pace. It is up to fleet managers to decide whether they want to capitalise on the opportunities ULEVs present, or fall behind their competitors.