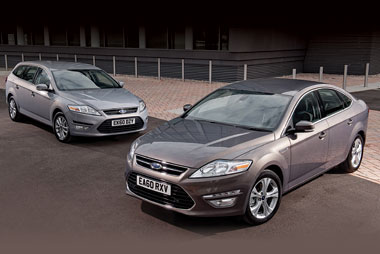 How important is the size of an engine?

To people who run fleets, engine size probably only matters to the extent that it can operate efficiently driving the vehicle it powers.

Is engine size as important as engine power? That’s probably a question for an engineer and beyond my limited understanding of how these things work, but there could be a psychological barrier for drivers who are encouraged to downsize.

Take the latest diesel version of the Ford Mondeo, for instance. It uses a 1.6-litre TDCi, making it the smallest diesel engine ever fitted to a Mondeo.

The prolific unit is part of the Ford-PSA diesel range and is also found in a number of Peugeots, Citroëns, Volvos and Mazdas.

But not only does it produce the same power output as the previous Mondeo 2.0 TDCi Econetic, discontinued last year, its CO2 emissions are substantially lower: 114g/km instead of 139g/km.

Ultimately, Ford had no option but to launch a sub-120g/km version of the Mondeo, given that Peugeot and Volkswagen were already staking their claims below that benchmark, and many more similar-sized cars will follow, including the new Hyundai I40 and Kia Optima.

Ford’s fleet chief Kevin Griffin agreed that there might be a psychological barrier for drivers given the size of the engine, but with 115bhp and 199lb-ft of torque from just 1,750rpm, he expected at least 30% of drivers currently in the 2.0-litre Mondeo to consider downsizing next time round.

The performance is livelier than I expected, perhaps forgetting that when the previous Mondeo launched in 2000, 115bhp was the power output of the only diesel engine available at the time.

It is also exceptionally quiet. Engine technology has improved in this respect over the years, but so has manufacturers’ ability to suppress noise and vibration.

When the engine has warmed up, there is no audible indication that it is fuelled by diesel.

The Mondeo is still one of the most enjoyable cars in its sector to drive, balancing responsive on-road behaviour with impressive comfort.

Where many vehicles have switched to electric power steering to save fuel, the Mondeo retains a hydraulic set-up (as does the Peugeot 508).

This has much better feel and resistance when compared with the new Focus’s electric steering.

It allows you to enjoy the car when it isn’t pounding up and down the motorways, although it can also count that ability among its many skills.