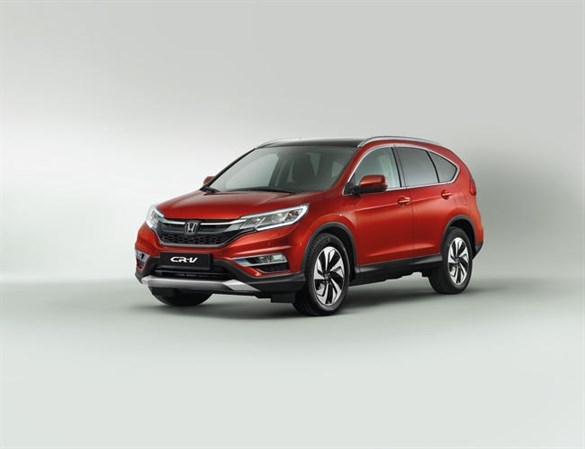 Honda has begun a series of model upgrades and introductions that will be crucial in boosting its presence on the corporate sector in the UK.

For the last two years, fleet sales have remained flat at just over 20,000, with just three key models: 1.6-litre diesel versions of the Civic and CR-V, as well as the Jazz.

There’ll be plenty of new model activity from Honda this year and in March it will launch an upgraded version of the CR-V. Now in its fourth generation, it has been more interesting to fleets since the introduction of the 120hp 1.6-litre diesel just over a year ago. With CO2 emissions of 119g/km, the front-wheel drive model has strong appeal. But the 2.2-diesel four-wheel drive versions lagged behind for CO2, particularly the five-speed automatic (175g/km).

Honda has dropped the 2.2-litre diesel from the CR-V and at the same time given it a very thorough refresh.

Vehicle facelifts are often cosmetic, but with the there’s a new engine, a new auto gearbox, new technology and some chassis tweaks that change the way the car feels on the road.

A new feature in the adaptive cruise control predicts and automatically reacting to other vehicles cutting into the CR-V’s lane. It uses a camera and a radar to sense the position of other vehicles on the road. It then applies an algorithm to predict the likelihood of vehicles in neighbouring lanes cutting-in, resulting in a smoother and safer reaction.

Adding an extra turbocharger has boosted the 1.6-litre diesel in all-wheel drive versions, so it produces 160hp – 10hp more than the 2.2-litre diesel it replaces.

Honda has also replaced its in-house five-speed automatic transmission with a new nine-speed auto sourced from ZF. This transmission is already offered by Land Rover and Jeep, and would seem well suited to the requirements of SUVs With so many cogs the first couple might almost do the job of a low-range transfer.

Honda has also given the CR-V a wider track and sharper steering for improved on-road responses – quicker responses and less body roll when cornering.

It certainly felt more surefooted on our test route, although the ride is rather fidgety over minor ripples and undulations in the road. Conversely, the CR-V takes speed humps in its stride.

Engine refinement is excellent, as is the smooth and responsive nine-speed gearbox, although it took until the 120kmh (75mph) speed limit on a Spanish motorway until we saw ninth gear.

With CO2 from 134g/km for the auto, it’s certainly more appealing for company car drivers than its 175g/km predecessor. If the CR-V is an indication of the direction company is taking with its busy year of new models, then fleet operators in the UK will be very interested in speaking to Honda again.