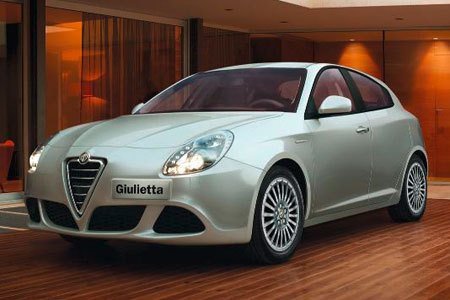 Alfa Romeo’s Giulietta has worked hard at winning back fleet business for the Italian brand after years of disappointing service and reliability.

A user-chooser asking to run a Giulietta for three or four years doesn’t bring with it the headaches of running an Alfa of a decade ago, and while the car is more robust, it hasn’t lost any of the beguiling looks you would expect of the brand.

Of course, for ultimate thrills and frills Alfa Romeo has its Cloverleaf models (which always sounds better in
the Italian: Quadrifoglio Verde), and although the high-performance model is relatively efficient for its 235bhp at
177g/km and 37.2mpg it would put it out of the reach of most user-choosers.

But Alfa has introduced a new equipment grade on the Giulietta that is inspired by the racy looks of the Cloverleaf and available on diesel variants.

We spent a week with the 170bhp 2.0 JTDM with CO2 emissions of 124g/km and fuel consumption of 60.1mpg on the combined cycle (although choosing the six-speed dual-clutch TCT gearbox results in 119g/km and 62.8mpg). 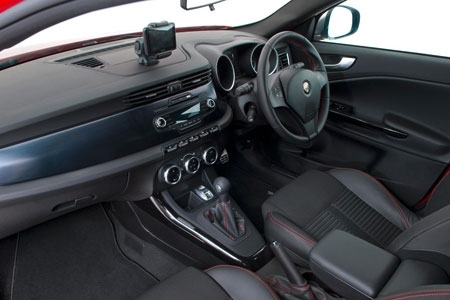 There is also leather upholstery and a front arm rest with storage compartment.

Our diesel is priced at £25,310 on the road, pushing it close to the forthcoming 184bhp Volkswagen Golf GTD and making it pricier than Volvo’s 177bhp V40 D4 R-Design.

But in the Giulietta you do get something a little more distinctive than most other hatchbacks, even beyond the extras as part of the Sportiva.

There is no mistaking the car for anything other than an Alfa from behind the wheel.

It can be a pretty intense experience to drive too, but this requires the ‘dynamic’ setting to be selected in the Giulietta’s ‘DNA’ adaptable chassis system that optimises performance and handling or smooth responses and fuel economy depending on the setting.

In fact in the default N setting (‘natural’) makes the Giulietta feel a little timid as the electronics restrict the maximum torque output for maximum fuel efficiency.

The ride offers a little more comfort in this setting too, but I’m sure anyone choosing a Giulietta would be more likely to select D and have fun.

The well-equipped Alfa is at the pricey end of our comparison with the Seat looking exceptional value.

Although the Alfa used to be one of the best performers for CO2 per power output it now lags behind newer rivals.

The Giulietta is the least fuel efficient – and therefore the most costly – in this group, despite achieving 60mpg on the combined cycle.

The Giulietta falls down against its best rivals, costing more than £5,000 extra to run over four years/80,000 miles than the Seat Leon.

Giulietta’s lease rate is competitive with two rivals, but a long way behind the Seat. Contract hire rates from www.comparecontracthire.com

The Giulietta has a great deal of appeal, but even if it still has desirable looks and character, it is losing the battle with rivals on paper. The Leon in particular seems exceptional.