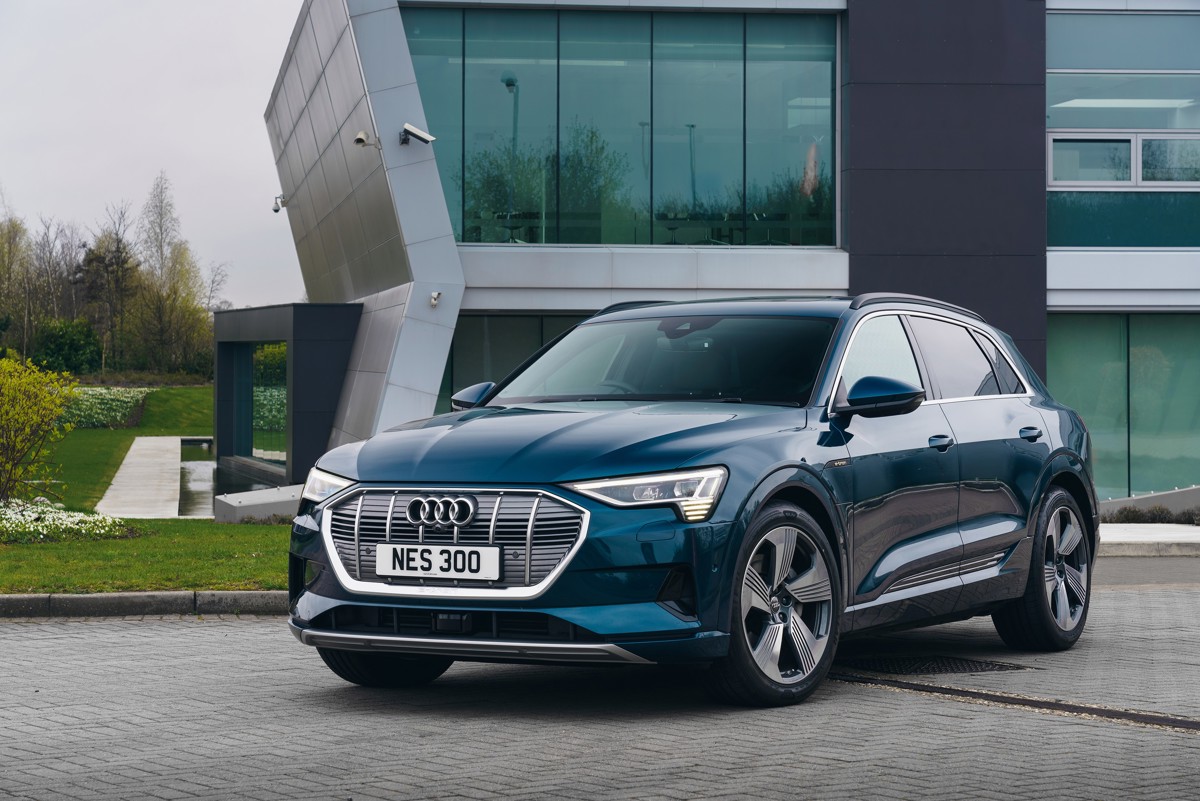 The first thing that strikes you about the E-tron is the spindly arms that stick out of the side of the car where wing mirrors would normally be. These house a camera instead of a mirror and broadcast the image to miniature screens on each door. It’s a feature straight from a sci-fi film, but does help make the E-tron marginally more efficient and significantly more cool.

At least this is the case on the special Launch Edition. The run-of-the-mill £71,465 entry-level model makes do with traditional wing mirrors that (whisper it) actually work better.

There’s plenty of space as this is a larger car than the smoothly styled exterior might suggest. Fitting somewhere between the Q5 and Q7 in terms of size, the E-tron weighs in at a rather portly 2.5 tonnes, but that’s not Audi being lazy. It’s actually thanks to the nearly 700kg of batteries that sit low in the chassis, powering two electric motors, one at the front and one in the rear. There’s no petrol, diesel or hybrid option here, just a pure electric powertrain that puts the E-tron head to head with Tesla’s Model X.

Up to 408PS can be unleashed at once, which is enough to propel the E-tron to 62mph in just 5.7 seconds, but that’s only with the ‘boost’ option enabled. Under normal driving, the car caps power at just 360PS, which is still sufficient to make overtaking manoeuvres short and safe.

Press on and the range drops significantly, but a few hours of driving the E-tron normally suggests that the official 241-mile range isn’t too far removed from reality. The car helps out a little, lowering itself by 26mm at higher speeds to reduce aerodynamic resistance.

Lowering the car also increases stability, which is pretty good anyway. There’s some initial body roll in corners, but it’s then well controlled and predictable. The ride is typically Audi, which means it’s reasonably stiff but never uncomfortable, the damping constantly changing and the car self-levelling.

When you come to recharge the E-tron, you’ll find a convenient charge socket on both sides of the car. Both have Type 2 connectors for home or office charging, while one has a CCS connector for rapid charging up to 150kW. Audi claims the 92kWh battery can be topped up from empty to 80% full in just half an hour, but the lack of 150kW chargers on the nation’s roads might make that more theoretical than practical for now.

The benefits of electric drive extend beyond silent running and cheap energy, and include lower taxation and, in the case of the E-tron, strong residuals. The Audi will retain more of its value than a Tesla, and attract a lower tax bill thanks to a significant difference in P11D value.

With perceived quality ahead of its direct rivals (and leagues ahead of the Tesla) and performance and range that all but matches them, as well as whole life costs lower than an traditionally powered Audi Q7, the E-tron sets a new benchmark in premium electric motoring.