Scrimping on fuel costs is not a priority for the premium-badge brigade and they will often put up with expensive servicing and parts if it means the showroom has a fancy leather-clad waiting area, posh biscuits and a caffeine-powered shot of one-upmanship in the expensive coffee.

So premium cars in the smaller sectors are an anomaly rather than the norm. Buying a car for its cheapness, then having to spend a fortune just to get a CD player, or paying hourly servicing rates at the same level as you might for an executive saloon, is a bit incongruous in the small-car, mini-MPV world. 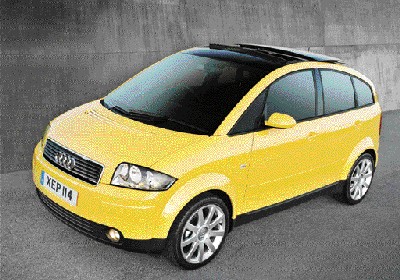 The Audi A2 is an attempt to square that particular circle. There are still issues of having to pay for kit you would get on any volume brand, but with the superbly-efficient 1.4 TDI 90bhp engine, its lightweight aluminium body and variable servicing that could mean it avoids garages for 30,000 miles at a time, it could well prove a very cheap car to pay for on a day-to-day basis.

Looking on the VCA database, only the Toyota Prius can match the A2 for its combined fuel consumption. However, we’ve always struggled to get the Prius anywhere near its claimed figure.

Not so with the A2. Its little three-cylinder engine, which settles into a fairly noisy whirr, seems to hit nearly 60mpg with very little adaptation of your driving style. No doubt the combined figure would be achievable if you really concentrated.

You might also think the downside for this thrifty approach is that driving the A2 would be a dispiriting, sober affair, but it’s not. This cracking unit has 90bhp, which might not sound much, but the A2 is very light as it’s made of aluminium and weighs in at 895kg. That’s more than 200kg lighter than a similarly powered Ford Fiesta.

As a result, the A2 is very nippy and will do the 0-62mph sprint in 10.9 seconds, but like all diesels, through the gears is where it feels at its most speedy.

Of course, hand-in-hand with low fuel consumption comes low emissions and a company car driver can safely assume he or she will be in the lowest emissions-based tax band until cars start being powered by water as it registers 113g/km.

But the problem with the A2 is that for all its cleverness, it still doesn’t really fall into any obvious sector. It would be on the very cramped side for a mini-MPV, but on the large side for a supermini.

There’s plenty of space for the driver and passenger but less in the back and the boot is tiny. The ride is also very unforgiving, which for a car that would be used as an urban runabout could prove challenging as you continuously crash over drains and potholes.

However, the interior is well put together, even if some of the materials are not in the same league as more expensive Audis, and it looks like the TT’s chubby little sister. The A2 1.4 TDI 90 is a classy package, with economy figures eyed jealously by the rest of the car industry, but is it too clever for its own good? 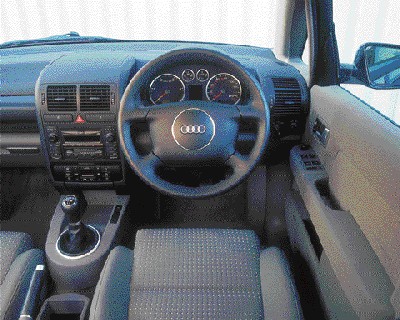