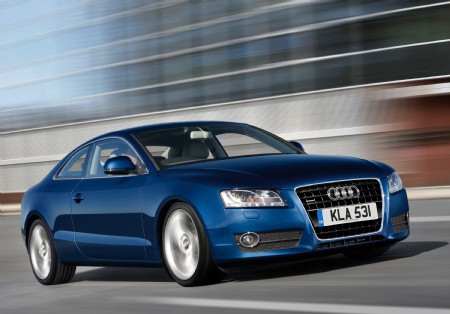 It’s just as well for Audi that we badge-obsessed Brits are prepared to pay more for less to ensure we remain exclusive and above the motoring masses.

Otherwise, why else would there be a need for the A5 coupé?

While it’s undoubtedly a handsome bit of kit, to all intents and purposes it is a new A4 with two fewer doors.

Take a look at the two cars and the similarities are uncanny – from head-on the front and rear ends look the same, while the A4 even manages to retain some of the A5’s svelte coupé lines despite having two extra doors.

Even inside much of the architecture is shared, meaning you could sit behind the wheel of either and be familiar with the controls and their locations instantly.

And it’s not just on the surface where the two models are similar.

Under the skin both share the same chassis and running gear, which in the case of our test A5 means the 2.7-litre TDI diesel mated to the seven-speed Multitronic gearbox.

Until Audi announces a 2.0-litre diesel version at some point this year, the 2.7 TDI is the entry point for diesel A5 driving.

With 190bhp from its V6 engine it doesn’t feel like a junior option, with plenty of power available from right at the bottom of the rev range.

It’s also very quiet when on the move, and noise suppression at start-up is commendable too.

And even though I’ve taken a dislike to the Multitronic CVT gearbox in the past, it works very well when mated to this engine.

Leave it in “drive”, rather than selecting “sport”, and it offers seamless shifts and a smooth drive, especially when used on part-throttle.

However, it can still get a little flustered when you really put your foot down.

But treat this car as a stylish cruiser and you won’t go far wrong.

It’s very comfortable, offers good visibility despite the shallow glass area which helps to create a snug feel in the cabin, has a long distance range thanks to a large fuel tank and high economy and the ride errs on the side of comfort thanks to the standard 17-inch alloy wheels.

The rear seats are the only real downside of the interior.

They offer precious little legroom when even a 5ft 9in tall driver is sat in front.

And in a car costing upwards of £30,000, it seems strange that it only has a basic version of the MMI function (the system which controls items such as the stereo). 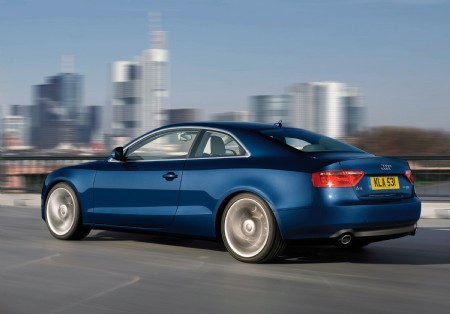 Upgrading to get a premium car essential such as satellite navigation costs a hefty £2,000, whereas its key rivals charge as little as £1,200 (and that’s from Mercedes-Benz!).

P11D price
The Volvo looks very good value, as both a coupé and a convertible, offering the potent 180bhp D5 diesel engine.

The Audi’s V6 and BMW’s straight-six are closely matched, offering 190 and 197bhp, while the CLK offers only 150bhp from its four-cylinder unit.

Emissions and tax rates
BMW’s EfficientDynamics technology – such as a gearshift indicator – on the 325d helps to reduce emissions, meaning a 40% taxpayer will pay £252 a month in benefit-in-kind tax.

SMR cost
With their variable service schedules the BMW and Mercedes-Benz lead the way here.

All four run on 17-inch wheels so tyre costs should be similar across the board.

Fuel cost
Automatic transmissions slightly dent these models’ frugality, but all return respectable figures. The Volvo, with its heavy folding roof mechanism, is last with a claimed average of 38.7mpg.

Depreciation cost
CAP estimates that the premium German trio will be worth around £13,500 in three years’ time – 43% retained value for the Audi and BMW and 42% for the more expensive CLK.

Wholelife cost
The BMW secures victory thanks to strong performances in the SMR and fuel sections, helping it to a narrow win over the Volvo.

The Audi will cost around £800 more to run than the BMW over three years, while the CLK is £1,200 more than the 325d thanks to its higher price.

Verdict
Both the Audi and BMW define this sector – sleek, stylish coupés with a premium badge and a silky engine under the bonnet.

While the CLK can offer some of these attributes, its 150bhp CDI engine feels outclassed here.

The Volvo is a convincing package but lacks the badge cachet of the others.

Which leaves the BMW’s advantage in BIK tax and running costs as the reasons why the 325d wins here narrowly from the A5.